The ‘Squid Game’ Director’s Next Movie Is Called ‘Killing Old People Club’, Will Somehow Be More Violent Than The Show 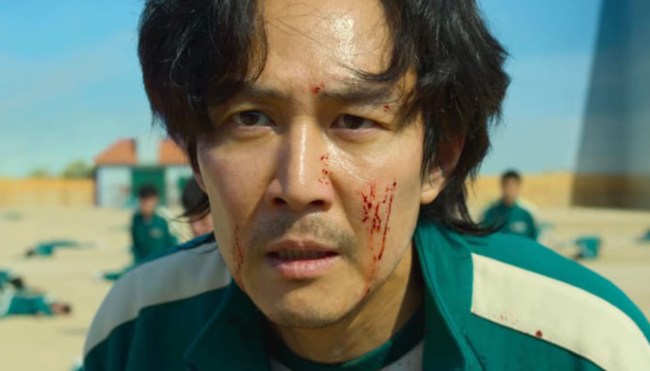 During a recent public appearance with his producing partner, Squid Game creator and director Hwang Dong-hyuk revealed that he’s begun work on his next project, a film titled “Killing Old People Club.” Dong-hyuk says the project is inspired by a novel published by Italian essayist Umberto Eco.

Speaking during a session at MipTV along with his producer Jun Young Jang at February Films, Hwang revealed he has already penned a 25-page treatment about the project which will surely be “another controversial film,” he said.

“It will be more violent than Squid Game,” teased Hwang, adding that he might have to hide from old people after the film comes out. [via Variety]

Dong-hyuk, of course, also has further seasons of Squid Game on the horizon, as Netflix CEO Ted Sarandos said earlier this year during an earnings call that “the Squid Game universe has just begun.” Dong-hyuk said he “will now return home to South Korea to write the second season of Squid Game and hopes to have the show stream on Netflix by the end of 2024,” according to Variety.

Given the massive, record-shattering success of the first season of Squid Game, it’s fair to assume that Netflix would like to get production on a second season up and running as soon as possible. At this time, though, there haven’t been any reports on when season two of the hit South Korean series will begin filming.

RELATED: The Cost Of ‘Squid Game’ Compared To Other Hit Netflix Series Is Genuinely Mind-Blowing