‘Squid Game’ Has A Real Person’s Phone Number In It: ‘Been Receiving Calls And Texts Endlessly’ 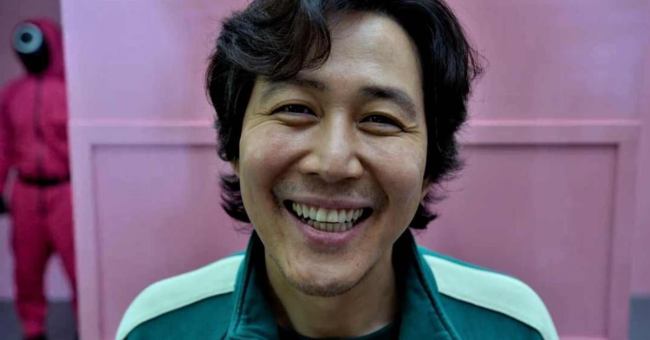 It’s quite obvious that Netflix wasn’t aware of how big of a hit Squid Game would eventually become. And frankly, can you blame them? Sometimes — albeit rarely — the algorithm and the data are eschewed for good old-fashioned word-of-mouth momentum. That is very much with the case with Squid Game, Netflix’s massive South Korean dystopian hit.

Take the story I brought you yesterday, for example: according to a Korean-speaking fan of the show, the English subtitles are mistranslated and are therefore changing the viewing experience. Or this latest report that the series accidentally included a real person’s phone number in it, resulting in him receiving thousands of calls and texts per day — all evidence that Netflix didn’t quite handle this series as carefully as they should’ve, or as carefully as they would’ve if they had known it’d become an international phenomenon.

“After Squid Game aired, I have been receiving calls and texts endlessly, 24/7, to the point that it’s hard for me to go on with daily life,” he said in an interview with Koreaboo. “This is a number that I’ve been using for more than 10 years, so I’m quite taken aback. There are more than 4,000 numbers that I’ve had to delete from my phone and it’s to the point where due to people reaching out without a sense of day and night due to their curiosity, my phone’s battery is drained and turns off.” [Uproxx via Koreaboo]

According to the Koreaboo interview, the mix-up is a result of the Squid Game creators previously believing that removing the first three digits of the number would’ve rendered it useless. “However, they were unaware that if the number was dialed as a local call, those numbers would be automatically added, allowing anyone to reach its owner,” says Entertainment Weekly.

As a result, Netflix has chosen to “edit out the scenes that include the phone number.”

The first season of Squid Game is now streaming on Netflix.

RELATED: The ‘Squid Game’ Script Was Rejected For A Decade For Being ‘Too Grotesque And Unrealistic’