Jimmy Kimmel Had A Blast With ‘The Last Jedi’ Cast, Including An Unnecessary Censorship Of ‘Star Wars’ 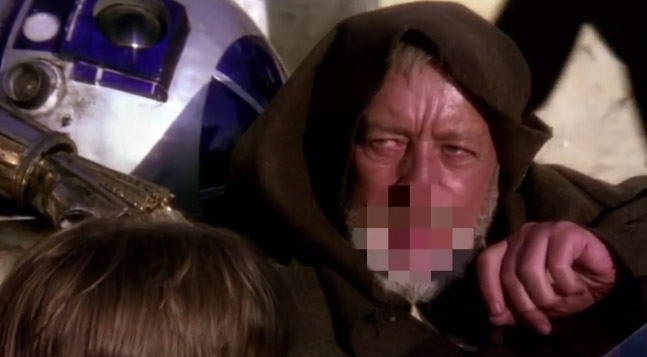 A couple days ago, Jimmy Kimmel had several of the stars of The Last Jedi on his show so, of course, he had to give Star Wars the Unnecessary Censorship treatment.

Using clips from pretty much all of the previous Star Wars films, Kimmel and crew bleeped and blurred things from the movies whether they needed it or not. The end result was Star Wars as you’ve never seen, or heard, before.

Having the cast of Star Wars: The Last Jedi on his show also afforded Kimmel numerous other opportunities to have a little fun.

Jimmy got to catch up with BB-8.

They also took a look at some of the droids who didn’t quite pan out.

Kimmel and Guillermo got to pitch some movie ideas to Star Wars Director Rian Johnson.

Luke Skywalker (AKA Mark Hamill) helped Guillermo find “what he is seeking.”

Oh yeah, they also actually talked about the movie, which comes out Dec. 15, and the Star Wars franchise in general.