Analysis Of Over 200,000 Tweets Reveals Which States Are Sucking Down The Most Booze While On Lockdown 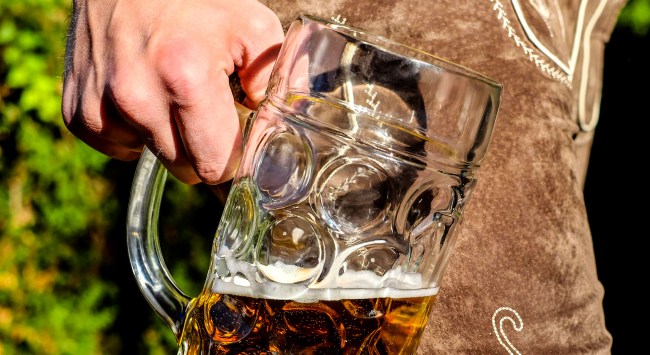 As my esteemed collegue Matt wrote on Tuesday, “Don’t worry, everyone else is drunk right now too.”

For many out there, with the world on lockdown and everyone self-quarantining, the only loved one we can actually commiserate with face-to-face is our old friend alcohol.

That being said, some states in America are apparently getting to know their old pal more than others.

According to a recent study conducted by cooking and BBQ website Seriously Smoked, who analyzed more than 200,000 geo-tagged tweets over the last 30 days using keywords, phrases, and hashtags, certain states are going big while being at home when it comes to boozing it up.

Based on the number of references to alcohol consumption over the last 30 days, the Lone Star State tops the list with more tweets talking about drinking than any other. 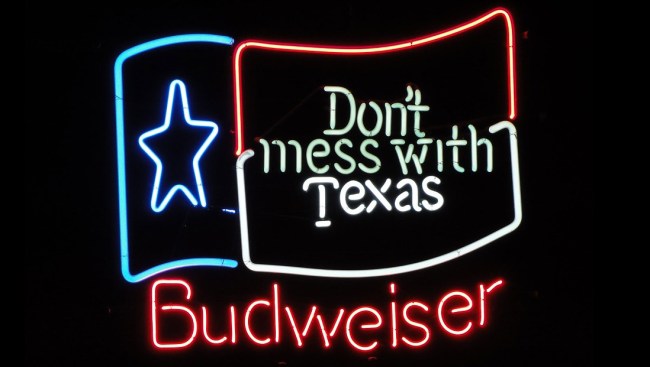 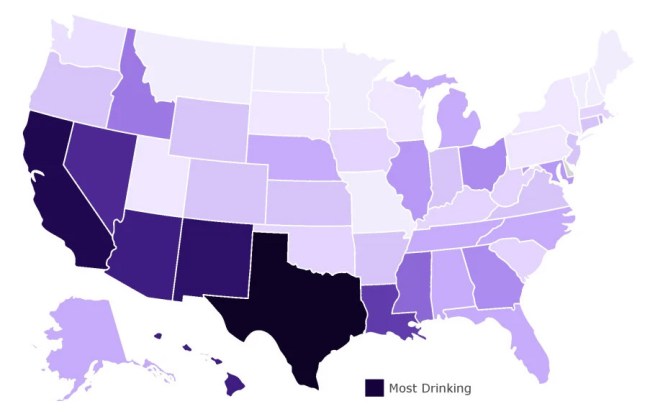 Seriously Smoked also points out that in a similar Twitter analysis they conducted for National Margarita Day Texas was ranked number one in that study as well.

All that being said, getting hammered these days is probably not the best idea.

According to Dr. Aragone Giuseppe, who spoke to the Daily Express about drinking alcohol during the pandemic, “Consuming excessive amounts of alcohol could cause damage to immune cells in the lungs and upper respiratory system. Which in turn can increase the risk of developing diseases such as tuberculosis, pneumonia and respiratory distress syndrome, not to mention making you more susceptible to viruses.”

Giuseppe added, “Alcohol addiction and regular heavy drinking is obviously really bad for your body in many ways but even occasional binge drinking sessions can temporarily knock out your immune system.”

So while it may be tempting to drown your sorrows with more than a few cocktails during this very trying time, as always, moderation is key.