Steve Carell Says He’s Down To Make ‘Anchorman 3,’ Which Won’t Go Over Well With ‘Office’ Fans 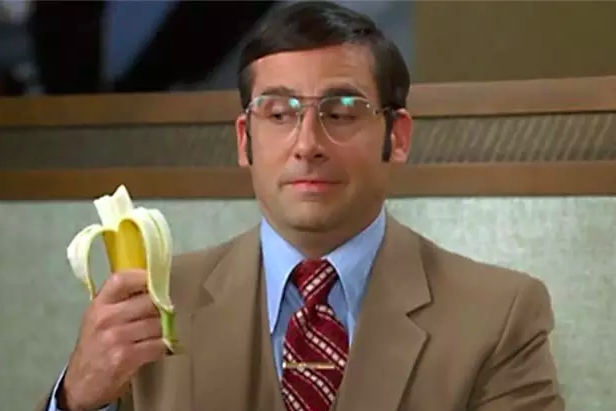 Steve Carell has no interest in reviving his role as Michael Scott in The Office because he thinks society has become too sensitized to inappropriate behavior. Ironically, the 56-year-old actor is chomping at the bit to dust off his 70s suit and reprise the role of the impossibly dumb Brick Tamland for a third Anchorman movie, which constantly pokes fun at Brick’s self-described “mentally retarded”-ness.

Carell told Variety that he had so much fun on set of Anchorman that he wouldn’t hesitate to get the KVWN channel 4 team back together.

“If they make another one, I’ll do another one. Those are really fun. That’s just hanging out with friends and being silly,” he told Variety.

He also said if asked, he would definitely appear on the upcoming “Ron Burgundy Podcast,” which is “hosted” by the character Will Ferrell played in the “Anchorman” films.

“Sure, if he wants me to come in and say some non-sequiturs as Brick, of course. I would in a second,” he said.

The Ron Burgandy Podcast is set to debut in early 2019, with Will Ferrell delivering 12 episodes on the iHeartRadio Podcast network as Ron Burgundy and co-hosted by CNN’s Dom Lemon.

Hello, @donlemon! It’s your good friend, Ron Burgundy. Don’t know if you heard, but I recently had my White House press credentials pulled. They accused me of eating too many hot dogs in the press break room.

While there are no public plans to do a third Anchorman movie, in 2017 Ferrell said “never say never” and earlier this year David Koechner said he “would hope so.”

I don’t care how bad these movies will get, I’ll watch 100 of them.

Now sit back, relax, and enjoy getting stupider.