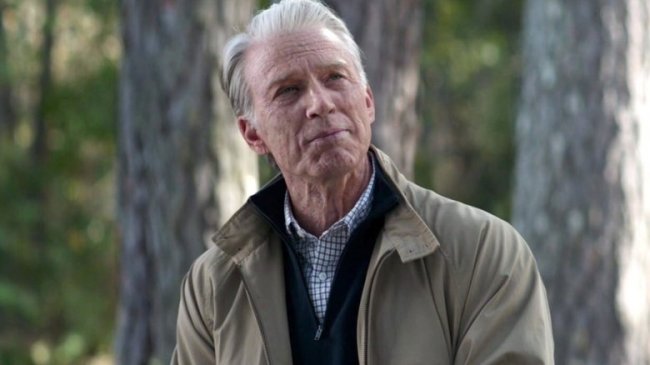 Despite never actually appearing in The Falcon and the Winter Soldier, Steve Rogers was essentially a main character in the series, as the presence of his larger-than-life legacy loomed over the entirety of the first season.

Whether it be Sam Wilson’s reluctance to take on the Captain America mantle, Bucky Barnes’ desire to prove that Steve was right about him, or John Walker’s mission of becoming the *new* Captain America, Rogers’ influence can be felt guiding all of The Falcon and the Winter Soldier’s main characters despite the fact that he ever spends a singular second on screen.

While Rogers may not physically appear in the series, he’s certainly mentioned throughout, although one specific detail seemed to be missing every time his name did pop up: where the hell is he?

When Wilson speaks about Rogers at the museum ceremony in the first episode, he noticeably says that Steve is “gone”, not dead. There’s also the in-universe running joke that Rogers is actually on the moon. But where is Rogers, actually?

In an interview with Inverse, The Falcon and the Winter Soldier head writer Malcolm Spellman revealed that even *he* doesn’t know where Steve Rogers currently is in the MCU:

“We’re wondering if Steve’s on the moon too,” Spellman said. “That’s as good a guess as anything because they won’t tell me.”

“I’ve got to tell you the truth, my friend. Marvel won’t tell me what happened to Steve, so we were able to write whatever we wanted because we don’t know. We’re wondering if Steve’s on the moon too, you know what I’m saying? That’s as good a guess as anything because they won’t tell me.” [via Inverse]

As the old Hollywood homage goes, a character isn’t truly dead unless you’ve seen the body. Plus, with rumors of a fourth Captain America film AND a separate return of the Steve Rogers character (perhaps as Hydra Cap), it’s obvious that the MCU is keeping their options open when it comes to the artist formerly known as Captain America.

RELATED: Marvel Studios Reportedly Has A Gang Of Movies They Haven’t Even Announced Yet