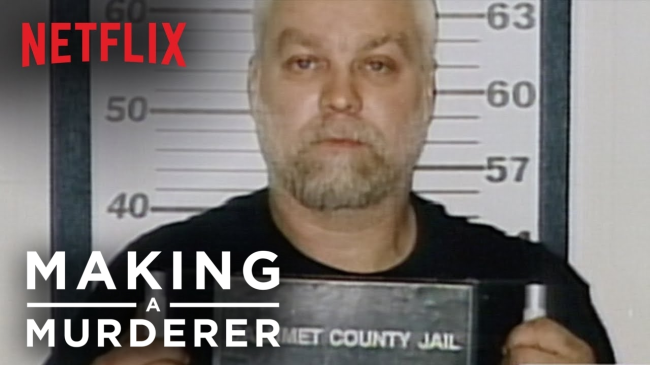 In his latest appeal to the court, Steven Avery of Making a Murderer infamy is now trying to blame a new suspect for the 2005 death of freelance photographer Teresa Halbach.

Avery’s attorney Kathleen Zellner announced on Monday that she would be filing a third motion for post-conviction relief on her client’s behalf.

Avery, who is currently serving a life sentence, has already had several attempts to overturn his conviction or get a new trial get denied by the courts. Previous filings included claims of Ineffective Assistance of Counsel, Brady violations, and Destruction of Bone Fragments.

This time, Zellner filed a 50 page document, obtained by Fox 11 News, which not only claims that was Steven Avery framed for the murder of Teresa Halbach, it also names a new suspect who they believe is the real killer.

“Two new witnesses in Mr. Avery’s case with new and compelling evidence about a murder mystery that has intrigued a worldwide audience,” the motion reads. “The rush to judgment and tunnel vision that led to the arrest, prosecution, and conviction of Mr. Avery is exposed by these new witnesses who provide new and undisputed evidence that directly links (the alternate suspect) to the murder of Teresa Halbach and the framing of Mr. Avery. Furthermore, this new evidence allows for a reconsideration of the real motive of this crime, as being a sexual homicide, which the culmination of an obsession by (the alternate) suspect with viewing thousands of image of violent, deviant pornography.

“On October 31, 2005, the obsessive fantasies of (the alternate suspect) became a reality when Teresa Halbach was brutally assaulted and murdered by two rifle shots to her skull. Mr. Avery does not have to prove who committed this terrible crime to receive relief.

“This is not his intent or purpose. However, he does have a right to prove he did not receive a fair trial. The new evidence, which establishes that (the alternate suspect) meets all of the Denny criteria to be a third party suspect, and the evidence of two Brady violations demonstrate that Mr. Avery was deprived of a constitutionally guaranteed right to present a complete defense to the charges against him.”

This is far from the first time Zellner and Avery have tried to introduce a new suspect in their efforts to free Steven from prison. They did so in 2017 when they tried blaming an ex-boyfriend of Halbach. Then when that failed, later in the year they tried blaming Brendan Dassey’s brother Bobby, his mother Barb and her husband Scott Tadych. Then in 2021, they claimed to have even more evidence that Bobby Dassey was involved.

Meanwhile, Avery’s nephew Brendan Dassey, who was also convicted of killing Teresa Halbach, has exhausted all of his appeals and will not get a chance to live out his dream of attending WrestleMania until he is allowed to ask for parole in 2048.

At least they can each take some solace in the fact that their stories have been turned into a musical which premiered earlier this month.