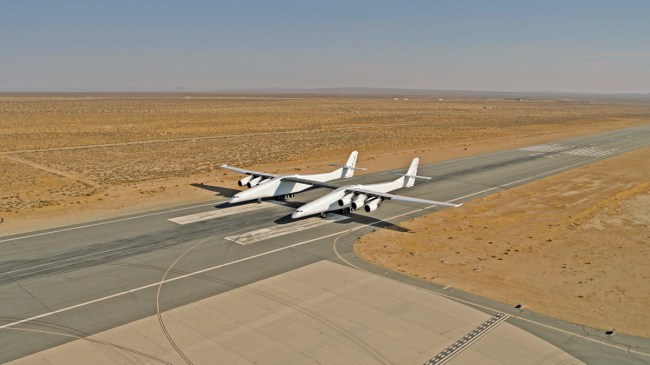 The largest plane ever built is expected to take flight within the next couple months.

Stratolaunch, backed by billionaire Microsoft co-founder Paul Allen, has 28 wheels, six 747 jet engines and a wingspan of 385 feet (longer than a football field). It requires two cockpits and all six 8,940-pound engine jets just to get off the ground. Just last week, the aircraft practiced rolling down the runway, hitting a top speed of 46 mph.

The aircraft, which is currently under construction at the Mojave Air & Space Port in the Mojave Desert, California, may be used to launch a rocket under the codename Black Ice–a reusable rocket plane with a size similar to NASA Space Shuttle orbiter.

“I would love to see us have a full reusable system and have weekly, if not more often, airport-style, repeatable operations going.”

The company aims for it to be fully operational by 2020. 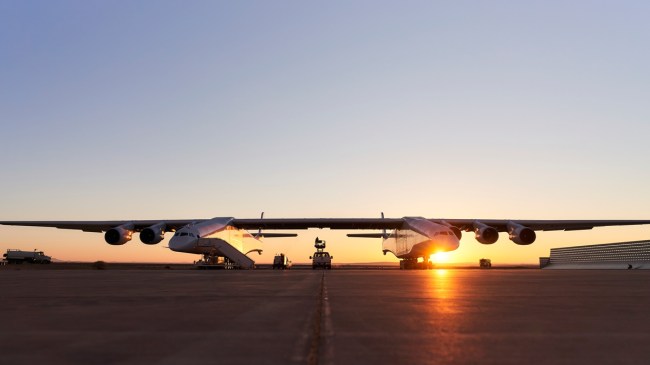 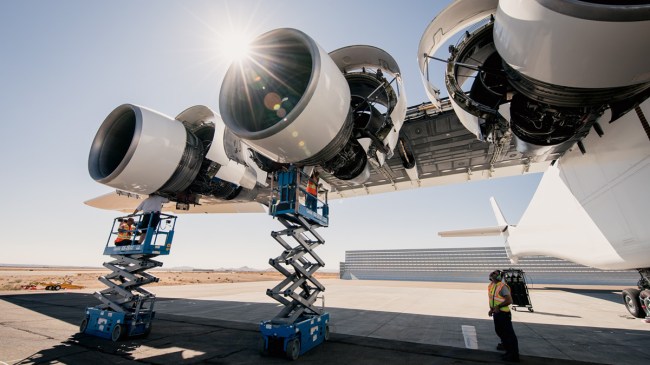 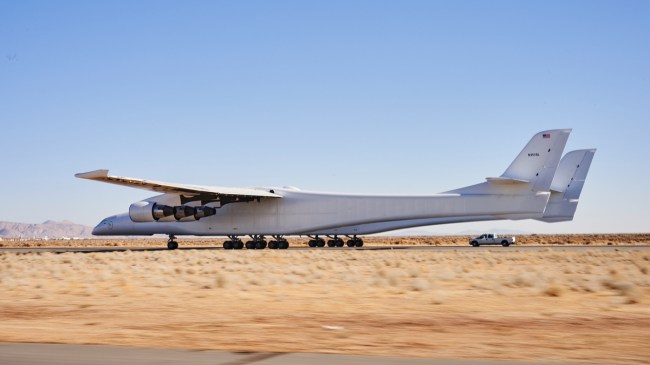