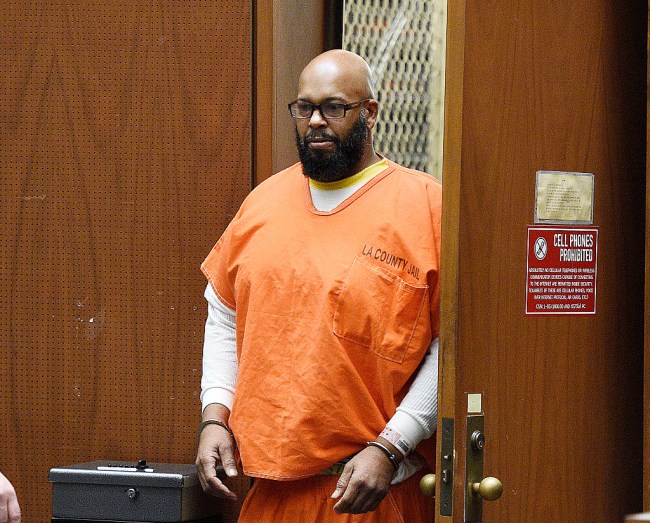 Suge Knight’s daughter visited a state prison to see her father this week. This probably isn’t how Suge Knight or his young daughter wants to be sharing quality time over the holidays, but this is the situation that the former Death Row boss finds himself in after trying to run someone over with a red Ford F-150 Raptor.

In September of 2018, Marion “Suge” Knight pleaded no contest to voluntary manslaughter after he attempted to run over two men in Compton, California. Suge ended up injuring filmmaker Cle Sloan and killing Terry Carter by running them over with his pickup truck, then Suge fled the crime scene. Security footage from a store showed that Suge’s intentionally tried to run over the men, and it wasn’t a vehicle malfunction. A judge sentenced Knight to 28 years in state prison and he was taken to the RJ Donovan Correctional Facility in San Diego, California.

We recently heard Suge on Nick Cannon’s diss track on Eminem titled The Invitation. In April, Suge had some free time and gave an interview from prison where he discussed how Nipsey Hussle is a lot like Tupac Shakur, but also made the same mistakes that 2pac made. But now we finally see how Suge looks following over a year in lockup.

RELATED: The Game Said He Pulled A Gun On Suge Knight When They First Met

Suge Knight’s daughter, Arion Knight, went to the RJ Donovan Correctional Facility to visit her father. She snapped a photo of her daddy and daughter day, then shared the photo on her Instagram account with the caption: “we said: #update #hesgoodstill.”

Good to see that the state of California has enough in the budget to afford festive holiday decorations for a prison. Suge was wearing a blue jumpsuit and a dark pair of sunglasses. Are you really allowed to wear sunglasses in prison? Can’t that be modified into some kind of shiv?

On the bright side, it appears that Suge really enjoys the cuisine being served at the RJ Donovan Correctional Facility.