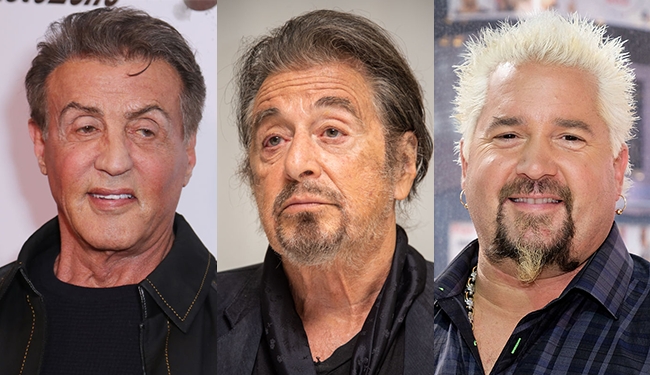 Sylvester Stallone found himself in a pretty bad place in 1970 after getting kicked out of his apartment in New York City before taking refuge in the circle of hell that is the Port Authority Bus Terminal, and after weighing his options, he decided he’d prefer to take a part in a feature aimed at the kind of filmgoer who wears a trenchcoat into the kind of theater that’ll never play a Disney movie as opposed to robbing someone.

It took a while, but after finding some minor roles in more savory productions, he eventually turned things around and saw his life changed forever thanks to the success of Rocky after it took the world by storm in 1976.

It was during this decade that Al Pacino also saw himself thrust into the spotlight after taking a slightly more traditional path by making a name for himself on Broadway and landing roles in a few critically-acclaimed films where he was lauded for his performances.

The two men have never appeared on screen together but their paths eventually crossed at some point and a friendship was formed, as the two of them got together to watch the Eagles win the Super Bowl and see Canelo Alvarez beat Sergey Kovalev in November.

Last month, Pacino was in attendance when Stallone invited a bunch of his buddies to watch Andy Ruiz Jr. take on Anthony Joshua for the second time in a room filled with people that wished they were as famous as fellow viewer Guy Fieri.

Now, we’ve gotten a little more insight into that gathering courtesy of Sly, who shared a video featuring three icons (and Jay Glazer) converging in one place where Pacino met Fieri for the first time.

I’ve seen plenty of fantastic videos during my time traversing the internet but I don’t know if anything tops that one.