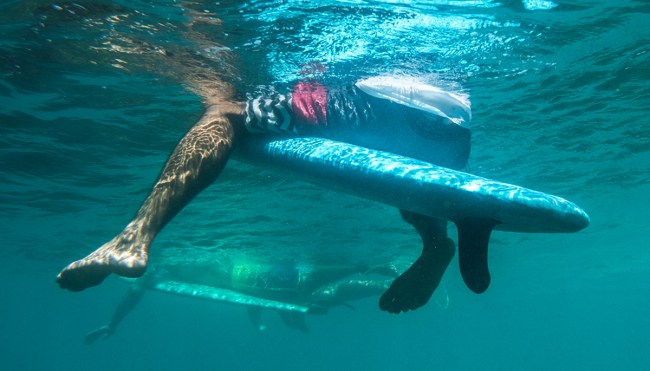 Statistically speaking, sharks are one of the last things you need to worry about when you wade into the water during a trip to the beach, and while that remains the case this summer, it’s been hard to ignore the spike in the number of stories concerning sightings and attacks we’ve been treated to in 2022.

That’s been especially true off the coast of Long Island, which has seemingly transformed into a bit of a haven for the apex predators this year.

On Wednesday, the body of a dead great white shark washed up on the sand in Quogue on the same day beaches in Rockaway were shut down following multiple sightings—including one that was caught on camera by someone who filmed a spinner shark leaping out of the water just past the breaking waves.

Sharks in Rockaway? How about some proof? Tricia Gahn caught this guy spinning out of the water yesterday on Beach 121st Street while her husband was teaching their son, Timmy, how to surf. Look close. That’s no dolphin. Let’s just say Timmy’s lesson was cut short. pic.twitter.com/H4KPu9Rvl7

Six people on Long Island have also been treated for minor injuries after attracting the attention of a shark since the end of June—including  Max Haynes, a 16-year-old surfer who was bitten in the foot while sitting on his board off the coast of Kismet on Fire Island earlier this week.

Haynes seemed to be doing about as well as he could considering the circumstances when he was interviewed by News 12 on Wednesday night after being discharged, and we were treated to an amazing exchange courtesy of the teen who recounted what went down while sitting in a wheelchair in his wetsuit and still sporting the zinc oxide he’d thrown on his face before hitting the water.

Haynes also did what he could to finesse a free meal out of a nearby restaurant by plugging the eatery during the end of the interview in addition to slipping in his Instagram handle to fully take advantage of the clout he rightfully earned.