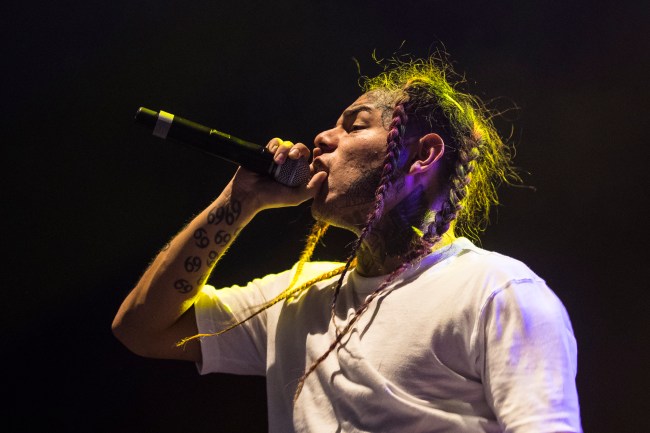 This piece sources from the following article in the New York Times.

Tekashi 6ix9ine, reformed citizen and human kaleidoscope, granted a spectacular interview to the New York Times that was published today. It is equal parts horror and humor as he reasons away all sorts of horrific things that he’s done, waffling between impressive self-awareness and bombproof delusion. As always, whenever we’re talking about Tekashi, the best thing to do is to sit back and watch. You can read the full interview here, but these are some of the best parts:

Do you think you could have gotten to where you are today without the gang image?

No. I was killing the European market. But when you’re a kid from New York, you don’t want to be the kid that is only being played in Slovakia.

Guy makes a great point. You think (googles NBA players from Slovakia, learns there’s only been one in history) Richard Petruška was content with dominating the paint in Slovakia? Not a chance. The guy had the BALLS to get himself drafted by the Rockets, miraculously play ONE YEAR in the league where they win a championship, score a total of 53 points in 22 games, and then disappear into the obscurity of European basketball. But just like Tekashi, Richard refused to only kill it in Slovakia. And because of that, he has a ring.

A lot of people compare you to President Trump in your ability to troll your way to the top. Do you see similarities there?

Tekashi saying that he’s not like Trump because he loves Mexican people made me laugh out loud. That’s your distinguishing difference between yourself and POTUS? Forget the face tattoos and the rainbow braids and, oh yeah, the membership in the Nine Trey Gangsta Bloods. Where Tekashi and Donald Trump really differ is in their views on Mexican people.

Was there ever a time when you considered going into witness protection?

[Expletive] no. They were like, “Yeah, it wouldn’t work anyway because your face tattoos. You’re too noticeable.”

Note to self/kids: best reason yet not to get face tattoos? They render you ineligible for WITSEC.

So you think money is the way to pay your debt to society for something like that? (In reference to him making a video with a 13-year-old girl performing sex acts on other men)

No. I’m a true inspiration to the kids, not only with money, but showing — I used to clean tables, dishwash, deliver food 12 hours a day for like three years. I’m you, but I made myself into something. Going back to the 13-year-old girl — I was 18 at the time. Am I this 40-year-old Jeffrey Epstein-type?

Tekashi is justifying the sexual abuse of a minor by saying he was only five years older than she was, as opposed to Jeffrey Epstein, who was 40. I mean, it’s quite a hail mary from a guy who has thrown up every defense in the book. As always, the delusion never sleeps when it comes to Tekashi 6ix9ine.