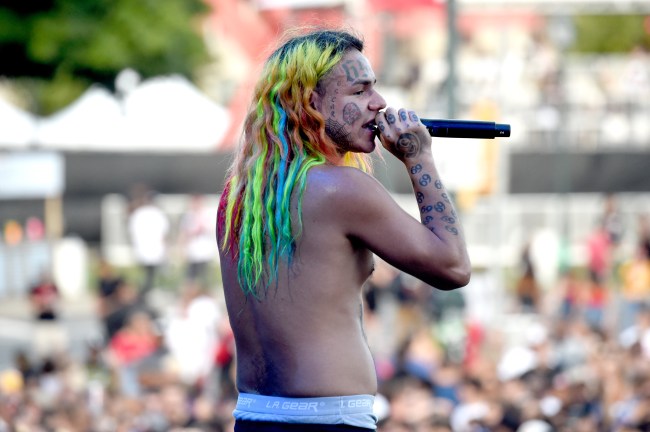 Tough Guy Tekashi 6ix9ine drifted outside his comfort zone this week in an effort to be vulnerable and introspective by admitting that he took a five-month hiatus from Instagram because he wasn’t satisfied with his physical image.

The 5’5” Brooklyn native ballooned from 135 to 204 pounds, no thanks to “eating Chinese food twice a day every day on house arrest.”

The 24-year-old claims he is now 60 pounds lighter at a respectable 140. How you ask? With a new fad diet called Starving Yourself.

Mr. 6ix9ine allowed himself one cheat day every three days by indulging at the most valuable snack at any 6th grade lunch table.

“I’m not gonna lie, every three days I was cheating,” he told the website. “My kryptonite is Gushers. I would eat gushers like every three days…I can’t survive without Gushers.”

6ix9ine is all the way back on his bullshit, with his latest Instagram post mocking the November murder of Chicago rapper King Von, who he had been trolling for months in the lead-up to his death. The caption is in reference to Pooh Shiesty’s “Back in Blood” bars.

Dude is such an asshole but I cannot look away.