Texas Mayor Abandons Residents In Unhinged Rant In The Midst Of Power And Water Outages: ‘Sink Or Swim’ 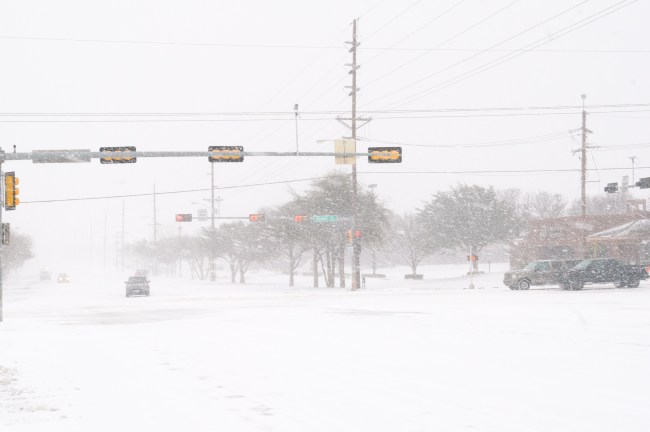 According to the Municipal Research and Services Center, the mayor of a local government’s responsibilities are “primarily to preside at council meetings and to act as head of the city for ceremonial purposes and for purposes of military law.”

Nothing in that sentence says anything about making sure the citizens under jurisdiction survive. I believe that’s where Jesus comes into play, you lazy good for nothin’ sloths.

Speaking of the man upstairs, please bow your head and pray for the 2,347 residents of Colorado City, Texas, who are up to their own devices after mayor Tim Boyd basically told them to burn in hell.

Keep in mind, at the time of this writing more than 3.4 million Texas residents are currently without power as the electricity grid in Texas, Louisiana, and Kentucky are struggling to come back online in the face of single-digit temperatures and two major winter storms that have killed at least 10 in the state already.

This dude is the mayor of Colorado City, Texas.

“No one owes you or your family anything; nor is it the local governments responsibility to support you during trying times like this! Sink or swim, it’s your choice! The City and County, along with power providers or any other service owes you NOTHING!” he wrote. “I’m sick and tired of people looking for a damn hand out! If you don’t have electricity you step up and come up with a game plan to keep your family warm and safe. If you have no water you deal with out and think outside of the box to survive and supply water to your family. If you were sitting at home in the cold because you have no power and are sitting there waiting for someone to come rescue you because your lazy is direct result of your raising! Only the strong will survive and the weak will parish…

Colorado City, Texas – Town mayor, Tim Boyd, resigned after telling his constituents "only the strong will survive and the weak will parish."

Much of the United States has been experiencing a winter storm that has complicated living. The state of Texas https://t.co/pzioevqlqH pic.twitter.com/QxJO2AHZ3Q

Mr. Boyd claims he made the comments as a “private citizen” because he resigned from his position days earlier and has no plans to continue his career in politics.

According to the Independent, Boyd will have to take some of his own medicine after his wife was fired from her job due to his statement and claimed his family was subjected to “undeserved” harassment and death threats.

This guy is an absolute Looney Toon, but to punish his wife for comments he made is entirely heavy-handed. She has been punished enough for having to live with the dude.

“I apologize for the wording and some of the phrases that were used! I had already turned in my resignation and had not signed up to run for mayor again on the deadline that was February 12th!” he wrote. “I spoke some of this out of the anger that the city and county was catching for situations which were out of their control. Please understand if I had it to do over again I would have just kept my words to myself and if I did say them I would have used better wording and been more descriptive.”

Update on #TimBoyd from today.

How it How it
Started. Ended. pic.twitter.com/LxSEvsTUt0

Ah, the sweet nectars of Democracy.