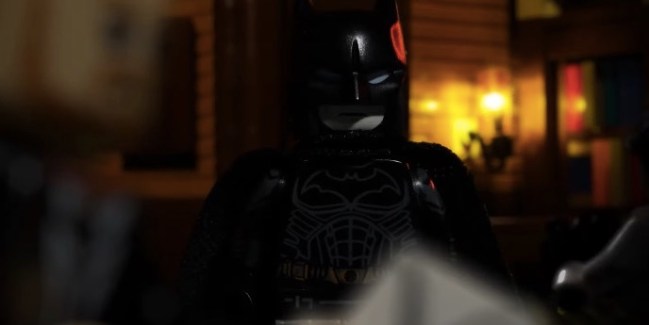 For me, it began in college, particularly when it came to sports: realizing that I was older than athletes that I was watching made me realize how much more talented some people are than me. There I was 21-years-old, sitting on my couch drinking shitty Keystone Light while these 19-year-old athletic freaks were playing under the lights in front of a national audience in primetime.

That feeling of inadequacy once again popped up this morning as I stumbled across this incredible stop-motion version of The Batman trailer made with LEGOs.

Created by stop-motion animator Jeremy Borchers, the project took around two months to complete. The attention to detail is evident, as the final product is essentially a perfect shot-for-shot recreation of the actual trailer.

That said, while this is an incredible piece of content, it does serve to remind me that The Batman — which is currently in the midst of production — was delayed AGAIN and will now be hitting theaters in 2022. This movie gets delayed any longer and I may turn into Arthur Fleck by the time it’s all said and done.

RELATED: Robert Pattinson’s Batman Was Spotted Wearing A Bathrobe And The Internet Had Jokes