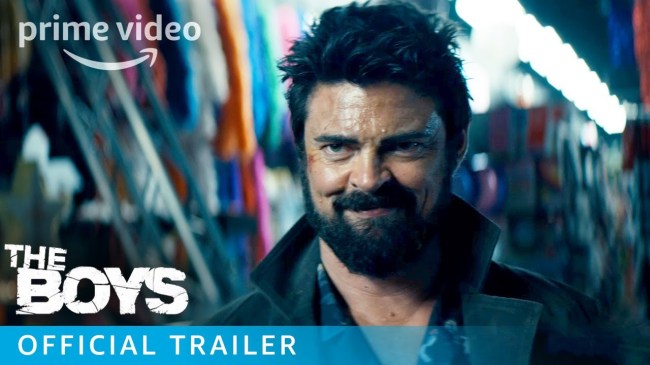 In a genre that can feel repetitive and overly-formulaic, Amazon Prime Video’s The Boys is truly a fish swimming against the comic book current, as the elements that make the series so thoroughly enjoyable are the exact things that superhero stories tend to shy away from.

After a massively successful debut season that premiered last summer, Amazon Prime Video wasted absolutely no timing getting production on the second season underway, as season two began filming essentially right after season one aired. Due to that, The Boys was able to complete production prior to the global shutdown in March.

Amazon is obviously confident in season two, as the out-of-its-mind superhero series has already been renewed for a third season.

With The Homelander going off the rails, it may be up to superheroes Starlight and Queen Maeve (Dominique McElligott) to restore The Seven to real superheroes who actually care about protecting humanity more than their own superhero image.

Season two promises to be even bigger and bloodier than the first season. Not only has the series now established its rules and its world, thus allowing for more adventurous storytelling, but the cast is growing in exciting ways, as acting powerhouse Giancarlo Esposito (Gus Fring in Breaking Bad) is set to play a major role in the upcoming set of episodes.

RELATED: Black Noir, The Most Mysterious Character In ‘The Boys’, Will Be A ‘F-ing Force’ In Season 2

Given where the first season left off, it wouldn’t shock me if season two picked up exactly where we left off. I won’t get into specific spoilers in case anyone reading this hasn’t seen the show, but it’s fair to say that the season finale closing-moments reveal flipped everything we thought we knew about the series on its head.

Season 2 will release its first three episodes on September 4 before releasing the remaining five episodes each following Friday, with the season finale dropping on October 9.