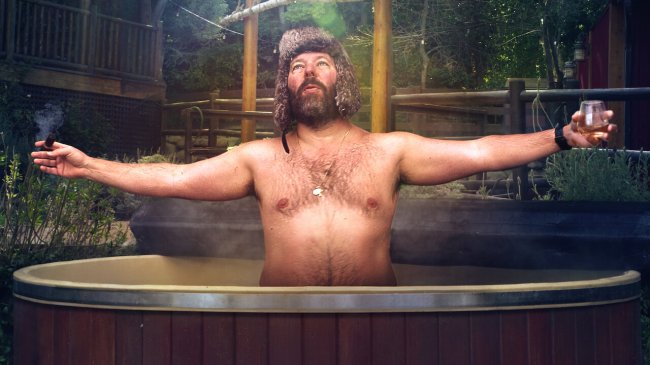 I have a hot take. A very hot take:

There’s too much smart TV.

Don’t get me wrong – I love smart TV. As a huge fan of Ken Kesey and One Flew Over The Cuckoos NestI, I’m currently enthralled by Ratched on Netflix. But there are so many great scripted series out on Netflix, HBO, Amazon etc that it’s almost impossible to keep up and not be exhausted by critically-acclaimed streaming content.

There’s just so much of it. It’s increasingly hard to balance content consumption like this without fatigue. Here’s an inventory on what my current rotation includes:

…All while also rewatching The Sopranos from the very beginning.

There’s probably a dozen more shows that I’ve pushed play on then stopped after a couple episodes because I got bored or they lost my attention.

Here’s what I think is the problem, as a content consumer: Because there’s so much great TV, my brain goes into overload mode and can’t handle all those synapses firing between my neural networks at once. Maybe I’m just very stupid. Because I am pretty stupid, on paper and, therefore, objectively –  I went to a state school. I’m also pretty sure my parents aren’t proud of me for describing my profession as “running sh*t at BroBible” the past 11 years into a full-time career. I think they thought I’d turn out to be at least a college professor or, at best, a dermatologist. Don’t let your dreams be dreams, as Shia says.

Or, perhaps we call it dumb fun TV?

Stuff where you can tune out from the world and turn off your brain for laugh.

We don’t celebrate that kind of television enough and it’s a shame because we’d all be less insane for it.

The Cabin with Bert Kreischer on Netflix

At the very start of the pandemic, comedian Bert Kreischer released a new comedy special on Netflix – Hey Big Boy. It rules, with a mastery bit that leads up to the title of the comedy special.

Bert is a hard-working content MACHINE, so leave it to Florida State’s finest to churn out another Netflix series in the meantime.

And it looks like exactly the kind of dumb fun TV America needs right now.

Netflix’s The Cabin with Bert Kreischer follows everyone’s favorite hairy, shirtless comedian into a remote cabin in the wilderness as a “purifying retreat.” It looks like a pretty nice cabin and it looks like it’s in the mountains just outside of Los Angeles, around Big Bear, but that’s neither here nor there.

This isn’t some Gwyneth Paltrow-style mind-and-soul snake oil, however. Bert is joined by an ensemble of comedians and entertainment industry types to do mountain man, outdoors-y things:

Bert Kreischer heads to a cabin in the woods to throw axes, milk goats, drink whiskey, and experience the ultimate cleanse. What could go wrong?

Also… Caitlyn Jenner, Kaley Cuoco, and Anthony Anderson head into the mountains to hang out as well.

Anyone else expecting some sort of harrowing encounter with a bear? I sure am. Hopefully the producers brought enough Kool-Aid for Bert’s Kool-Aid habit.

It looks mindless, endearing, and oh-so-much-fun.

Looking forward to how many Phish references you packed in this one, Bert!