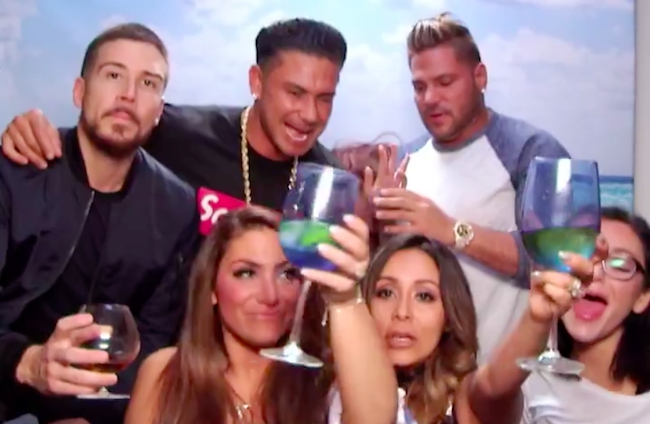 The decade that followed the turn of the millennium was inarguably The Golden Age of New Jersey stereotypes. It all started when The Sopranos successfully convinced people that anyone wearing a gold chain and a tracksuit had some sort of mob connection, but that paled in comparison to what was yet to come.

In 2004, MTV aired an episode of True Life chronicling the misadventures of a group of absolute characters with a timeshare on the Jersey Shore, and they took things to the next level a few years later when they decided to document what happens when you give a group of quintessential guidos a beach house stocked with alcohol by gifting the world Jersey Shore (which is essentially the reality television-adaptation of “My New Haircut“).

It’s been almost a decade since the network helped make people with names like “JWoww” and “The Situation” multimillionaires (despite the best efforts of the latter to lose as much of it as possible), and they recently revealed they’d be getting the gang back together (with one notable exception) for one more season.

Details have been fairly scarce since the initial announcement, but MTV just released the first teaser for the new season, which is scheduled to debut on April 5.

JERZDAYS are back on @MTV! Save the date — #JSFamilyVacation premieres April 5th at 8/7c. pic.twitter.com/duzzR8mJtV

The reunion— titled Jersey Shore Family Vacation— was recently filmed in Miami and will apparently feature all of the pickle juice and borderline alcohol abuse that fans have come to know and love.

I’m not sure how I’m going to feel about hearing the cast yelling about Ubers instead of cabs, but I guess we all have to learn how to deal with change at some point.