The Rock Revealed The Most Ballsy, Drastic, And Important Move He Ever Made In His Illustrious Career 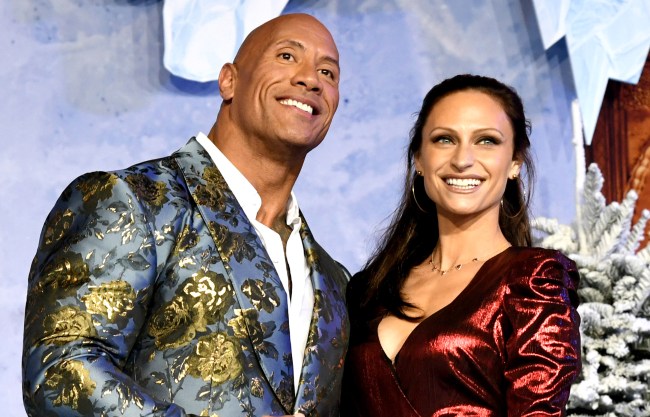 Dwayne “The Rock” Johnson could stop right now, never make another movie or television appearance, stop everything, and he would still have one of the greatest careers in entertainment that we’ve ever witnessed.

The man went having seven bucks in his pocket to arguably the greatest entertainer in professional wrestling history, then got into acting, apperaring in films which, so far, have grossed over $10 BILLION worldwide.

It wasn’t fate or destiny or dumb luck that propelled The Rock to his current lofty perch though.

During an inspirational 17-minute question and answer session with some of his fans on social media, Johnson shared a story about the ballsiest, and as it turned out, most important moves he ever made in his acting career.

In the video The Rock addresses three questions in particular that got his attention. (1) How tall is he? 6-foot-4. (2) How much does he weigh? 277 pounds. And (3) was he nervous about breaking into Hollywood for the first time?

“I was. I was extremely nervous about breaking into Hollywood,” he revealed, which he later explained led to him following some advice that wasn’t working out.

“The people I had around me were telling me in order for you to become the powerhouse box office presence and movie star, you can’t talk about wrestling, you can’t use the name The Rock, you can’t work out as much. There were a lot of ‘you can’ts,'” Johnson explained and mentioning that as a result he got clear down to around 21- pounds. “I bought into it, I stopped working out as much. I did a ton of cardio.”

So when that advice wasn’t moving him towards accomplishing the goals he had set for himself, he says he got together for a come-to-Jesus meeting with his agency to discuss his plan going forward.

“I need everybody in the room to buy in, have faith, and let’s put our heads together and put our best foot forward, that just because we don’t see something in front of us doesn’t mean it can’t be done, it just means we haven’t created it yet,” he explained. “Everybody was looking at me like I had three heads, and I’ve got a big-ass head anyway, so you can only imagine [laughs] but not in a positive way.”

So he fired everyone. Right then and there.

“I said, you’re gone, thank you for your efforts, but everyone is gone, clean slate,” he said. “I’m going to put people around me who are not only hungry to win and hungry to succeed, but more importantly, have the faith and understand the value in possibility.”

Which he did, signing with a new agency and starting his production company.

“I selectively, strategically placed the best people around me. I also went outside of Hollywood to get the best business minds as well,” he explained.

“There’s incredible power in being yourself. After I hired those people, I also said I’m gonna go back to the gym and train the way I want to train. I’m going to embrace my past as a pro wrestler. That is who I am, that’s how I cut my teeth.”

His moral to the story, if you will, was, “Surround yourself with good people. You’re the product. You’re in control of the people you keep around you.”

Not bad words to live by, for sure.

How tall am I? How much do I weigh? And was I nervous when I first broke into Hollywood? 6’12. Kidding 6’4. 277lbs. And hell yes, I was nervous. In life, there are no guarantees and just because I was a popular pro wrestler – that meant nothing when it came to becoming a viable global box office draw. I made the tough decisions and the most important of all, was deciding I was done trying to be someone I’m not to conform to Hollywood. Instead, I decided to be my own man and Hollywood would eventually conform to me. And remember, just because something doesn’t exist doesn’t mean it can’t happen ~ it just means you haven’t created it yet. Thank you all for your questions. Keep ‘em coming. Stay healthy, disciplined and take care of one another. We’ll get thru this together and eventually, we’ll rise again. D