The Reviews For Chris Pratt’s ‘The Tomorrow War’, Which Hits Amazon Prime Today, Are In 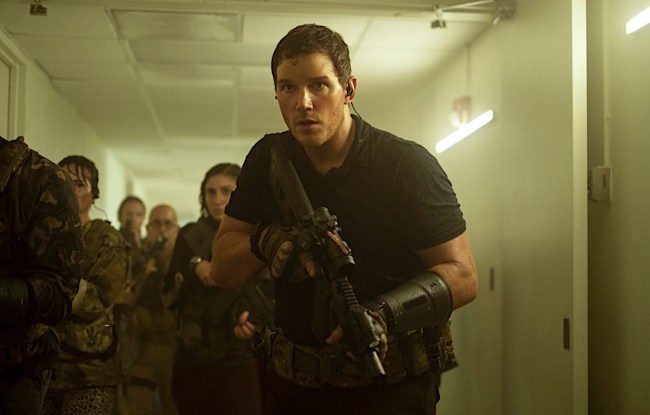 For all of the people that complain that Hollywood has become too intellectual property/franchise oriented, here ya go: The Tomorrow War, which hit Amazon Prime Video on Friday, July 2, is a sci-fi action idea with an original idea, a sole movie star, and a handful of distinct supporting players. In fact, other than the quality of the CGI, The Tomorrow War likely has more in common with Independence Day than it does Avengers: Infinity War. That said, despite its relative originality (I say relative because it’s drawing a lot of comparisons to Tom Cruise’s Edge of Tomorrow), if The Tomorrow War is a success, it will, of course, be given a sequel. So, is it worthy of a sequel? I suppose that depends on who you ask.

As things currently stand, while The Tomorrow War boasts an 81% audience score on Rotten Tomatoes, its critic score is significantly lower, clocking in at 55%. Now, that said, when I see a movie that has a higher audience score than critics score, I usually regard that as a positive sign, as those are usually the most fun movies. Take Remember The Titans, for example: a solid 73% critic score, but an immaculate 93% audience score.

All that said, here are some critic’s reviews, just so you can get a better picture:

IGN: Chris Pratt is no Tom Cruise. Without the wise-cracking and cheeky grins, he seems at a loss as to what to do with his face.

Collider: The Tomorrow War doesn’t feel like one big epic, rather three movies mashed into one. So many promising ideas crammed into a single film that never gives any of them the room to breathe.

Los Angeles Times: A good movie exists within the mega futuristic world building of The Tomorrow War, but Chris Pratt is incapable of delivering the multifaceted character scaffolding required for the action flick’s deeper emotional beats.

AP: The Tomorrow War spends most of its time in the future, but its central theme is timeless: the replayed tragedy that sometimes you don’t come home the same from war.