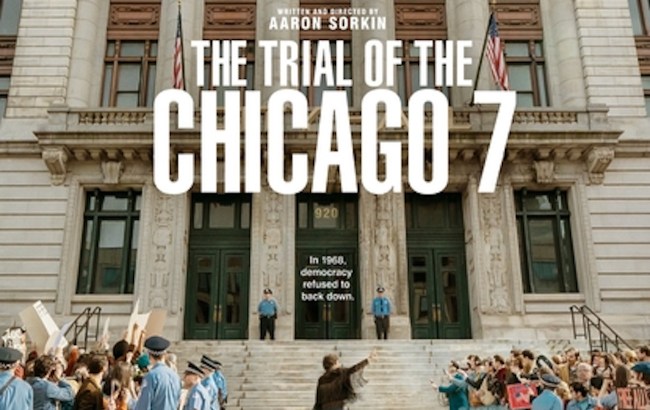 If you were to base your opinion on 2020 strictly through the lens of Netflix, you’d be forgiven for thinking everything is carrying on like normal. While all sorts of businesses and professions have been struggling due to the pandemic, Netflix has been consistently chugging along, churning out content out a stunning rate (in fact, Netflix says they’ll release more original content next year than they did this year).

From phenomenon-starting docuseries like Tiger King to action blockbusters like Extraction, to award-season bait like The Trial of the Chicago 7, Netflix has been full steam ahead in this cursed year that is 2020.

The latest splashy project from Netflix is The Trial of the Chicago 7, which is written and directed by the legendary Aaron Sorkin and is based on the 1969 trial of seven anti-Vietnam War protesters who were charged with conspiracy in relating to charges of crossing state lines with the intention of inciting riots at the 1968 Democratic convention in Chicago.

Here’s the official synopsis The Trial of the Chicago 7, via Netflix:

What was intended to be a peaceful protest at the 1968 Democratic National Convention turned into a violent clash with police and the National Guard. The organizers of the protest—including Abbie Hoffman, Jerry Rubin, Tom Hayden and Bobby Seale—were charged with conspiracy to incite a riot and the trial that followed was one of the most notorious in history.

The Trial of the Chicago 7, an obvious awards season play from Netflix, is set to hit the streaming giant on Friday, October 16.