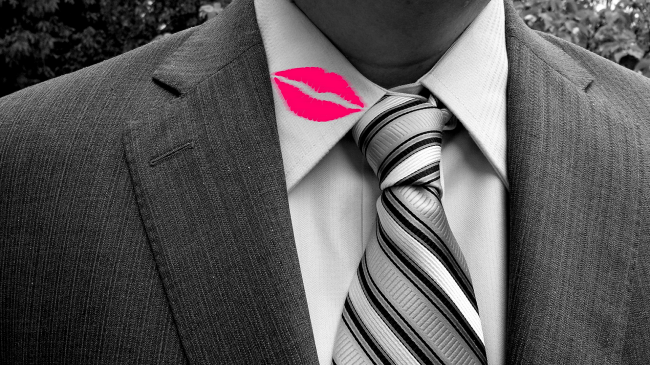 Well, here’s a new one. A woman on TikTok says she discovered that her husband of 10 years had a completely separate second family when she saw his name in a birth announcement in the newspaper saying he was the father of a baby.

Even by TikTok standards, this is a wild, wild story.

This bizarre tale came to light when TikTok user mamatoria28 asked her viewers to tell her how they discovered that their ex-spouse was cheating on them.

In a stitch posted by TikTok user Ami Addison (@aaddison01), which has now been viewed almost 900,000 times, Addison reveals that a week before their 10th wedding anniversary she was at work flipping through a local newspaper when she turned to the birth announcement section.

“At that time, in the newspaper, they would publish birth announcements – the parents’ names, sex of the baby, date they were born, what hospital,” says Addison. “So I see my husband’s name and some other female’s name.”

That’s when she saw her husband’s name.

“I know it’s his name because it was an unusual name,” she explains.

To be sure it was him, Addison headed to the hospital’s website to check out the new babies.

After typing in her husband’s name and the name of the mother, “Sure enough, they had a baby boy a few days prior,” she says.

Then, as if that wasn’t enough of a shock, Addison also discovered on thw website that her husband also had a baby girl with the same woman about a year and a half before that.

“So yeah, that’s how I found out I was being cheated on,” she says.

That, however, was really just the beginning of her story as Addison went to create 21 videos in total on her TikTok page elaborating further, detailing how she went about confronting him, and what happened when she did.

At first he tried to say the whole thing was a huge misunderstanding and tryied to deny that was him in the birth announcement.

He eventually admitted that he was busted, began acting the fool, locking her out of the house and harassing her, but eventually she got her divorce.

Then, out of the blue seven years later, he sent her a friend request on Facebook.

He said that he was 100 percent at fault and wanted to see if they could get back together claiming that he was single again, and even asking her to remarry him. She wisely decided to pass.

Good thing too, because it turns out he was lying. Again. He was still seeing the same woman and had another new girlfriend on top of that.

Addison and her new husband have now been happily married for eight years.

“The good girl wins in the end,” she says to conclude her lengthy TikTok thread.