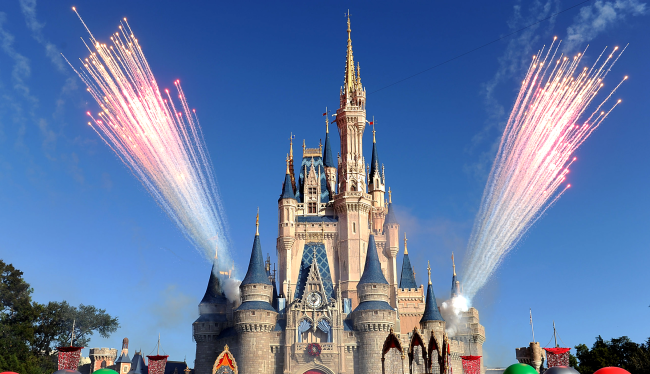 If you are looking for a good life hack these days one of the best places to find them is on TikTok.

Some are obviously better than others, but there is no shortage of TikTokers out there trying to make life just a little bit easier for everyone.

TikTok user @amandaaadimeo, real name Amanda DiMeo, is one of those people trying to make the world a better place. Kind of. Using underboob.

Related: TikToker Leaves Millions In Awe With Her Life-Changing Hacks For Folding Laundry

On Wednesday, DiMeo shared a new TikTok life hack video which purports to show how a person, a person who has boobs, can easily score themselves a free t-shirt from the Disney World gift shop.

It must be a really good life hack because her TikTok video has now been viewed almost 19 MILLION TIMES and received almost 4 MILLION LIKES.

“I just got a $75 t-shirt just because I was wearing a shirt that was exposing my underboob a little bit. So, yeah. If you want free Disney shirts, that’s the hack.”

Fast forward, and there she is looking at herself in a bathroom mirror wearing her free Disney World t-shirt.

“It’s people like you that make Disney not want to do nice things,” wrote another viewer.

“Yo, the disney entrance is going to be WILD for the next few months,” commented another.

Of course, several men jumped in with comments about showing underball or undernut to get themselves a free shirt, which I have my doubts will actually work.