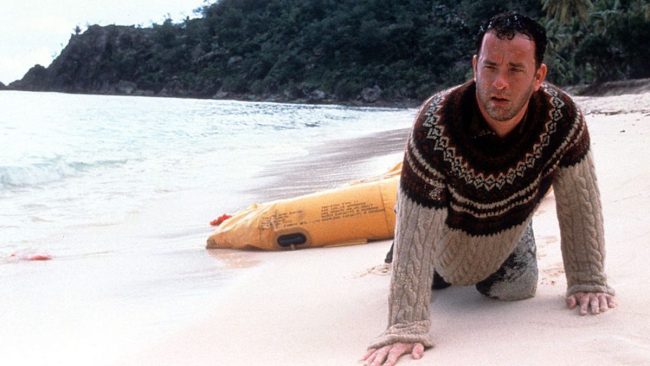 Despite the fact that he’s widely considered to be one of his generation’s best actors, the legendary Tom Hanks recently claimed that he’s only made “four pretty good” movies during the course of his decades-long acting career.

During a recent interview with People, Hanks — who recently started as Geppetto in Disney+’s poorly-reviewed Pinocchio  — genuinely suggested that of the dozens upon dozens of films he’s starred in, only a handful of them are “pretty good” (he “thinks”).

“No one knows how a movie is made — though everyone thinks they do,” Hanks told People. “I’ve made a ton of movies (and four of them are pretty good, I think) and I’m still amazed at how films come together. From a flicker of an idea to the flickering image onscreen, the whole process is a miracle.”

“Movie-making is very hard work over a very long period of time that consists of so many moments of joy slapped up against an equal number of feelings of self-loathing. It is the greatest job in the world and the most confounding of labors that I know of.”

Now, given that Hanks gave such a specific number, it’s clear that he’s got a well-defined idea in his head of which movies those are. So we’re going to do our best to guess.

What four movies of his does Tom Hanks consider to be “pretty good”?

Earlier this year, Hanks dunked on the recent trend of hating on Forrest Gump and suggested its legacy would be different if it A) made less money and B) didn’t infamously beat out Pulp Fiction and The Shawshank Redemption for Best Picture. Given Hanks’ comments, the film’s long-lasting cultural relevance, and its Oscar wins for both Best Picture and Best Actor, we’re going to count Forrest Gump as one of the four.

Another surefire entry feels like Steven Spielberg’s 1998 war epic Saving Private Ryan, which many believe is one of the best war films ever made and one of the highlights of both his and Spielberg’s respective careers.

My third guess is probably Philadelphia, which won him an Academy Award for Best Actor for his work as a gay man suing his employer who fired him for having AIDS.

All things considered, those three choices feel relatively obvious. The fourth, though, is far more difficult, as Big, A League of Their Own, Apollo 13, Toy Story, The Green Mile, Cast Away, Catch Me If You Can, Captain Phillips or any of the Toy Story films are all legitimate options. Hell, he’s even spoken fondly about making Cloud Atlas.  For the sake of the argument, though, we’ll narrow it down to Cast Away, which was his most recent nomination for Best Actor, and Toy Story, which forever changed the medium of animation.

If I had to guess, given the undeniable struggle that was involved in making Cast Away — Hanks gained and lost around 50 pounds — and the excellent film that came as a result, we’re going to assume the beloved leading man is referencing that film given it’s usually one of the first people mention when discussing his greatness.

So, all told (and again, this is purely my speculation), the four Tom Hanks films that we believe the actor considers to be “pretty good” are: Forrest Gump, Philadelphia, Saving Private Ryan, and Cast Away.

RELATED: Tom Hanks Reveals He Once Told His Agent He Doesn’t Want To Play ‘P–sies’ Anymore