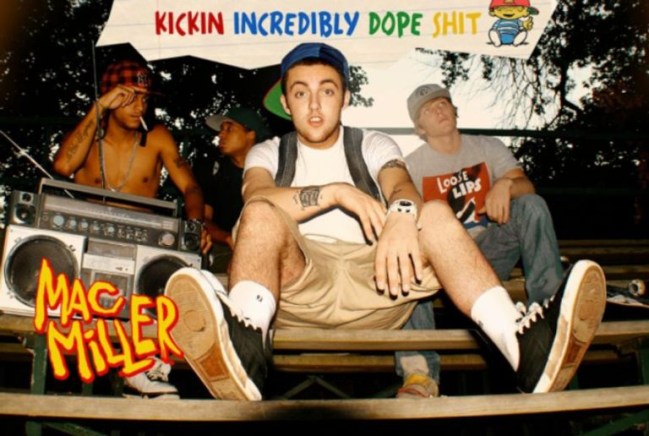 A month or so from now, on September 7, it’ll be two years — two entire years — since beloved Pittsburgh rapper Mac Miller tragically passed away at the age of 26-years-old due to an accidental drug overdose.

Of all the celebrity deaths to happen during the course of my 27-year-old lifetime, Miller’s (along with Robin Williams’) passing is the only one to truly and deeply affect me. Maybe it was his art, maybe it was his age, but something about the death of Mac Miller has stuck with me ever since.

Continuing with the theme of time absolutely flying, yesterday was the 10th anniversary of Miller’s breakthrough mixtape K.I.D.S., and in celebration, Miller’s team uploaded two new, never-before-heard tracks to the decade-old mixtape.

The release of the two new tracks comes just a few weeks after Miller’s team announced that they were working on a posthumous project to celebrate Miller’s life.

“Mac Miller’s team is working on an untitled project to celebrate Malcolm and his music. His art touched so many lives, in so many ways. A toll-free phone number has been set up to collect your stories, thoughts and wishes as part of this project. Your offerings are deeply appreciated,” a statement from Warner Records reads.

While it’s unclear exactly what the project will be at this time, we’ll keep you updated whenever new information comes along. Whatever the project ends up being, it won’t be the first posthumous project to come from Milller’s team, as Circles, his sixth studio album, was released back in January after producer Jon Brion — who was working with Mac prior to his death — put in months of work to see that the album was finished.

Rest in Peace, Mac, we still miss you and always will.

RELATED: Mac Miller’s Team Working On A New Project To Celebrate The Life Of The Beloved Late Rapper, Ask Fans For Their Help