Which Fictional Movie Musicians Would You Pick To Form The Ultimate Band? Here’s What Our Lineup Looks Like 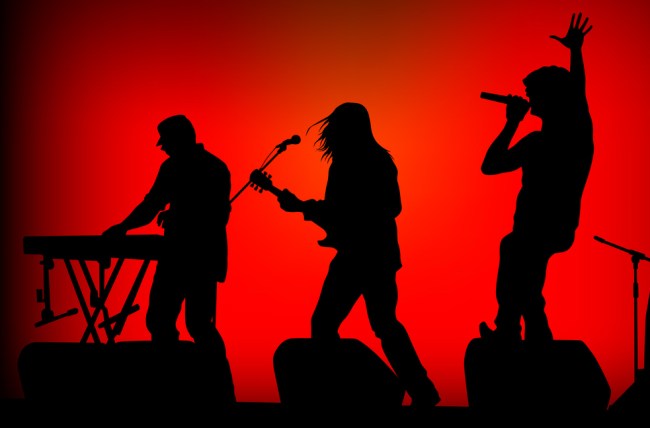 One thing that I’ve always struggled to understand is why there aren’t more movies about fictional musicians. There’s so much meat on that bone when it comes to the stories you can tell!

There are breakups and shenanigans, moments of triumph and moments of deep, deep despair, and concerts that are both massively successful and massively depressing.

Ah, but no superheroes. That might be the problem. Can this next phase of the Marvel Cinematic Universe feature the new iteration of the Avengers getting a band together while they wait for the newest intergalactic menace to emerge?

It’s not as if there haven’t been some really good movies depicting the lives of fictional musicians, though. Most recently there was Bradley Cooper’s A Star Is Born, which was preceded by beloved films like That Thing You Do!, This Is Spinal Tap, and Almost Famous in addition to cult favorites such as The Commitments, Scott Pilgrim vs. The World, and Walk Hard: The Dewey Cox Story.

While thinking about this lack of movies about fictional musicians, I started wondering what kind of band you could create using musicians from the movies we already have. Then I remembered that I can’t go outside because the outside is evil so I went back to being depressed before figuring I might as well distract myself by setting out to answer that hypothetical question.

Before we start plugging in musicians, we need to first figure out what kind of group we’re talking about here. I’m going to go with a good old-fashioned rock ‘n roll band.

Sadly, this means that Conner Friel from Popstar: Never Stop Never Stopping and B-Rabbit from 8 Mile are out. This might be for the best. Conner seems like a handful and B-Rabbit has his own issues.

With our band being a rock band, they need a good name. Band names are tough. For every good band name, there are roughly 134,568 shitty ones. It’s just how it is. It’s how you go from being in a band named Rage Against the Machine to a band named Audioslave.

Our rock band is going to be called “Hey, That’s My Bike!,” which was the name of Troy’s band in Reality Bites. It’s dumb enough to be kind of cool and it’s fun to say.

The obvious runner-up is Stillwater (the band from Almost Famous) although Kathleen Turner Overdrive (one of the bands Jack Black’s High Fidelity character was in) was briefly considered.

Seeing as how Hey, That’s My Bike! is not just a rock band but a good old-fashioned rock ‘n roll band, we need a singer, a lead guitarist, a rhythm guitarist, a bassist, and a drummer. Do we need someone to play the keyboard? Hard to say. The funny thing about keys in rock bands is that if they’re not there initially, they make their way into the band eventually. Pearl Jam has a dude on keys. Same with the Foo Fighters.

It’s settled. Hey, That’s My Bike! will have a keyboard player.

Okay, so who is in the band? 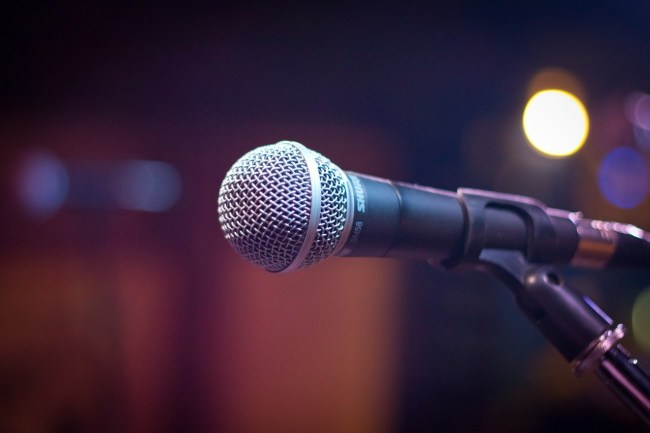 I’m going only with singers here, not people who played an instrument and also sang. There will be time for them later.

Joliet Jake was a great frontman and a hell of a performer but he was also an R&B soul man. I don’t see him as a fit, especially not for the kind of band we’re putting together.

Ally Campano Maine is a solid choice, but I think it’s worth pointing out that once she started doing her own material, she leaned towards pop music. We’re not putting together a pop band here, we’re putting together a damn rock band.

Ally is out except for occasional collaborations.

Barry Judd has chops and range and his version of “Let’s Get It On” is incredible but I’m not sure he’s what we’re looking for here. Perhaps the Barry Judd from Sonic Deathmonkey might be a better choice, but we never saw that guy, only heard of him.

This is too important to make decisions based on hearsay and scuttlebutt.

Deco Cuffe, though? I feel like not enough people have had the pleasure of watching The Commitments, a 1991 film about an Irish soul band. I wouldn’t say it’s an amazing movie but it’s definitely a solid one and you can take that however you choose.

Deco (Andrew Strong) is the band’s singer and the dude can sing. He’s an asshole and a hot mess but homeboy can belt the hell out of a soul classic.

While him being a soul singer could be viewed as problematic (similar to how Jake Blues was passed over), I would argue that Deco has such a dynamic, powerhouse voice that he would actually be a great fit for a rock band.

Deco is in (but he needs to behave himself). 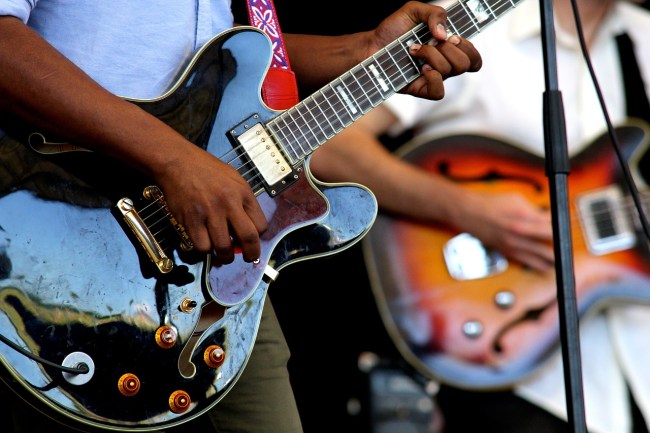 Hey, That’s My Bike!’s style of music is important here. We need two players who will fit the band’s sound which, again, is good old-fashioned rock ‘n roll.

It’s not metal, so that eliminates Chazz. In a different world, if we were putting together a screaming metal band (maybe even one named Sonic Deathmonkey) Chazz would be a frontrunner.

That is not the case, though.

We’re also not putting together a metal/prog rock band, so Zack and Nigel Tufnel are both out.

Zack rips but Dewey had him headed in a direction that wouldn’t really work for Hey, That’s My Bike!. As for Nigel, he’s probably the most talented member of Spinal Tap and he’s versatile, having dabbled in sixties folk/psychedelia and Indonesian folk music. I’m just not sure he’s our guy, though.

The dude can shred. No doubt about that. Perhaps he can team up with Chazz in Sonic Deathmonkey.

Marty McFly is okay but he’s a little too flashy for what we’re looking for. The same goes for Dewey Finn.

So that leaves us with Jackson Maine and Russell Hammond and that’s probably for the best. They’re our dudes. No question about it.

The only real question that remains is who is playing lead and who is holding down the rhythm? Actually, another question would be about how it’s so hard to spell “rhythm” but that’s for another day.

In A Star Is Born, it was made pretty clear to us that Jackson handled lead duties when he played. He also handled those duties while royally tomahawked, and while we don’t endorse that, you have to at least respect it a little bit.

But this is Russell Hammond we’re talking about; the beating heart of Stillwater and the reason why the band was as good as it was. Even the other dudes in the band knew that.

Jackson plays rhythm and does backing vocals and Russell plays lead. It’s cool, though. Russell will give Jackson some solos here and there. 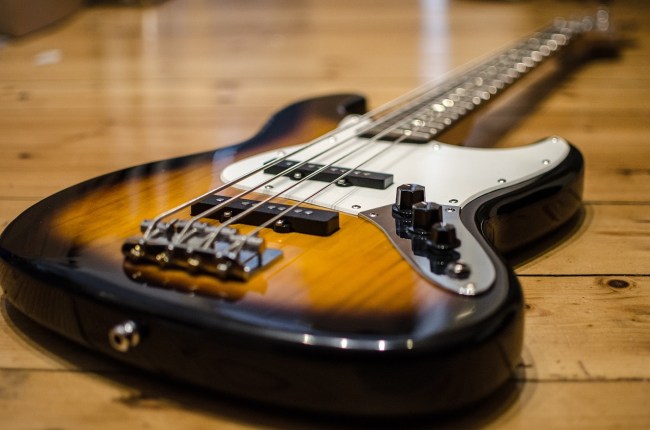 Did you know that the name of The Wonders’ first bassist in That Thing You Do! is The Bass Player? It’s true. Tom Hanks didn’t even give him a name and then had him be the first member of the band to bail on them.

The bassist in Almost Famous just wanted to get some BBQ and that’s really all we know about him. The gal in School of Rock was also solid but I don’t think she ever said a damn word (let alone told us what she wanted to eat).

We do have some options, though, albeit ones that are less than ideal. Hey, no one ever said rock ‘n roll was easy.

Scott Pilgrim might be the best choice here. His band was pretty much as garage rock as they come and he plays a Rickenbaker, which is a pretty solid bass. He can look the part and that’s important.

Rex would probably be best suited to stick with Chazz and do the metal thing and I’m not sure what to make of Derek Smalls. Bass players are meant to be mysterious but Derek seems to be mysterious in a sketchy way, which is arguably the least cool mysterious way to be.

That would leave Cassandra.

Having a woman in the band can help provide some good balance (too many dudes can be problematic and hinder the decision-making process) and her vocals would be a plus.

Jackson Maine is definitely putting the moves on her, though, and it’s hard to say if that’s a good thing or not.

Cassandra is the face of a band and Hey, That’s My Bike! already has enough faces. She deserves her own band, not to be a role player in one. 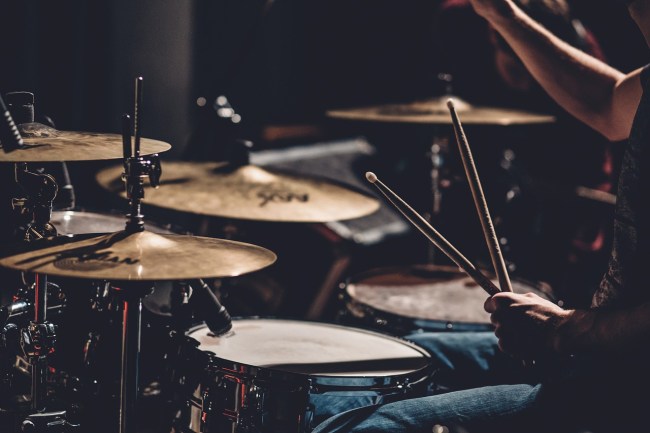 This is a no-brainer. It’s Guy Patterson.

Andrew is too tightly-wound for Hey, That’s My Bike!. Plus, he’s a jazz head. Guy might be a jazz head too but he was able to adapt and adjust his style when he joined The Wonders.

That’s the sign of a true professional: the ability to do what’s best for the team or band or organization.

Between Deco on vocals, the dueling egos of Jackson and Russell on guitar, and the relative inexperience of Scott, Hey, That’s My Bike! is going to need some stability behind the drum kit and who better to provide that than the man who did just that for the young Wonders?

It’s also why Animal would be a terrible choice. 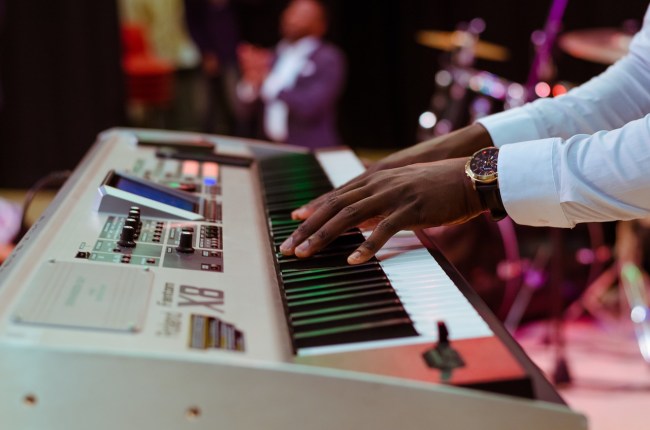 This is another easy one and, no, Lawrence,  it’s not because you’re a slam dunk and an automatic pick for the gig.

Lawrence is too buttoned-up and too straight-laced for Hey, That’s My Bike!. I’d be worried that he’d see things on the road that would scar him and shake him to his core; things he’ll never be able to recover from.

With Dr. Teeth, that would not be a concern. If anything, Dr. Teeth would be the kind of thing that would cause all of those things to potentially happen to young Lawrence.

There is a concern with Dr. Teeth that having spent so much time fronting his own band, The Electric Mayhem, might not make him well-suited to take more of a background role with Hey, That’s My Bike! but I think that concern is minimal and not a super big deal.

Despite his wild appearance, Dr. Teeth strikes me as a professional. He’ll be able to do what he needs to do to get his kicks. Dr. Teeth will be fine.

And here we have it. Ladies and gentlemen, Hey, That’s My Bike!