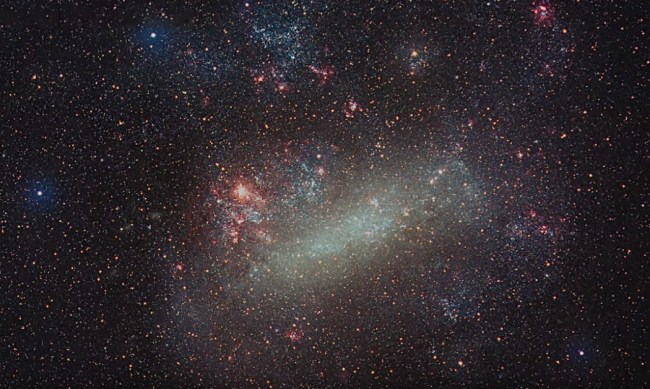 Scientists examined data from NASA’s Hubble Space Telescope and discovered that something is off. The research found that the universe is expanding at an unheard-of rate. The discovery that the universe “is outpacing all our expectations in its expansion, and that is very puzzling” is especially worrisome since it was found by a team led by Nobel Prize-winning astrophysicist Adam Riess of Johns Hopkins University.

According to findings extracted from the Hubble Space Telescope, the universe is expanding 9% faster than previous calculations. The previous estimation said that the universe’s expansion was at around 42 miles per second per megaparsec (3.3 million light-years), but it could be much more than that.

The method to determine the universe was expanding is the same measurement that astronomers have been using since 1929 — cepheids in nearby and faraway galaxies. A cepheid is a pulsing star that has a regular cycle of brightness with a frequency related to its luminosity, so it provides scientists with an accurate and stable estimation as to how far it is from the Large Magellanic Cloud (LMC). Looking at stars shining in distant parts of the universe is much like looking back in time.

“This mismatch has been growing and has now reached a point that is really impossible to dismiss as a fluke,” said the paper’s lead author Riess. “This is not what we expected.”

“This is not just two experiments disagreeing,” Riess said. “We are measuring something fundamentally different. One is a measurement of how fast the universe is expanding today, as we see it. The other is a prediction based on the physics of the early universe and on measurements of how fast it ought to be expanding. If these values don’t agree, there becomes a very strong likelihood that we’re missing something in the cosmological model that connects the two eras.”

The paper titled “Large Magellanic Cloud Cepheid Standards Provide a 1% Foundation for the Determination of the Hubble Constant and Stronger Evidence for Physics Beyond ΛCDM” was published in the April 25th issue of The Astrophysical Journal Letters.

Another Nobel Prize-winning astrophysicist, John Mather, said the two different expansion rates could be only two things: “We’re making mistakes we can’t find yet” or “nature has something we can’t find yet.” That doesn’t quite calm my fears since that’s a non-answer. University of Chicago astrophysicist Wendy Freedman said the calculations appear to be valid and that “nobody can find anything wrong at this point.”

The only explanation that Reiss could give is that a mysterious “dark energy” substance could have sped up the expansion of the universe. That’s not good enough Adam, give us definite answers as to why the universe is doing this? The universe is hypothesized to be 70 percent of dark matter.

This week, researchers who use the Hubble Telescope updated their chances of a mismatch or error in the universe’s expansion from 1 in 3,000 to 1 in 100,000.

RELATED: BEHOLD! Mankind’s First Photo Of A Black Hole Ever