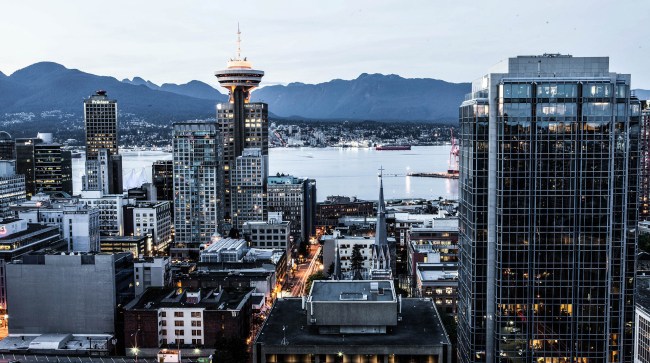 When it comes to renting a home it’s little surprise that New York City tops the list of most expensive cities in America. What might come as a bit of a shock is the fact that Vancouver is the least afforable city in North America when it comes to buying a new home.

In fact, according to Oxford Economics’ North America Housing Affordability Indices (HAIs), three of the least affordable cities in North America are located in Canada: Vancouver, Toronto and Hamilton.

“Our latest assessment indicates that housing continues to be more affordable in the US than Canada,” reads the report.

Not that it’s all roses in the United States.

“Affordability deteriorated in nearly all U.S. and Canadian metros in [the second quarter of] 2021 as home price inflation outpaced income growth,” according to the study.

On the flip side, Chicago was ranked at the top of the most affordable cities, followed by Quebec City, Columbus, Edmonton, Atlanta, Winnipeg, Raleigh, Dallas, Calgary, and Nashville.

However, when it comes to renting a home a recently published study by Zumper reveals The Big Apple is still the worst.

After the pandemic hit in March 2020, big cities on the East and West Coasts enacted strict stay-at-home orders in hopes of controlling the spread of the novel coronavirus. Aided by broad adoption of work-from-home policies that allowed people to do their jobs from anywhere, many residents in those cities left town to avoid the lockdowns. This set off one of the largest waves of domestic migration in recent memory.

As a result of the population outflows, rent in these cities dropped substantially, including places on the West Coast where rent drops of that magnitude were previously unthinkable, such as San Francisco. By January 2021, the median one-bedroom rent had dropped 23.4 percent in San Francisco relative to March 2020. Los Angeles (13.8 percent), Seattle (14.3 percent), Oakland (16.7 percent), and San Jose (16.5 percent) experienced similar declines.

That doesn’t mean renting a home in places like San Francisco and San Jose are now cheap though.

…rising home prices in the sales market have priced out a lot of renters who would in “normal” times have already bought a home, or they’ve gotten so exhausted with the competitive market that they’ve given up. This leaves a lot of households lingering in the rental market who would otherwise already own a home, and these households have a higher income relative to other renters, thus driving up rents.

How long will rent continue to rise? The conditions have been in place for rising rents for some time; new construction has moved slower than new household formation, meaning supply isn’t keeping up with demand, and that pushes up rent. New construction has also gotten more expensive because of rising material costs, and lately, because of disrupted supply lines. There’s plenty of reason to think rent could rise at this pace indefinitely.

The good news, sort of, that while “rent is continuing to rise even as home price growth has started to level off. It’s possible that the rapid rise in rent is just rent catching up to home prices, and when it reaches a new equilibrium point, rent could level off just as home prices have.”