Vanessa Hudgens Claims She Can Communicate With Ghosts, Has Been Doing So For Years: Internet Reacts 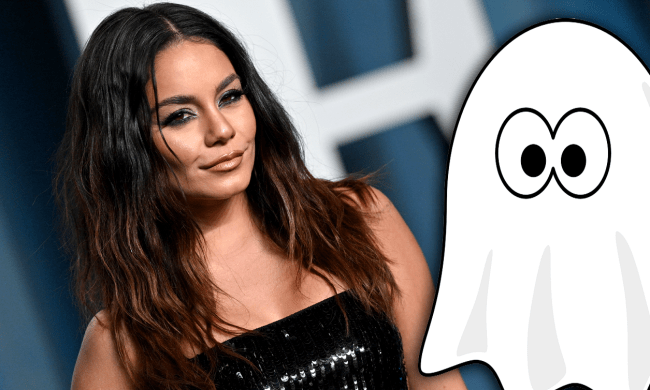 Unlike Carolina Panthers quarterback Sam Darnold, who is well-known for “seeing ghosts,” High School Musical actress Vanessa Hudgens claims that she can talk to ghosts.

During an appearance on The Kelly Clarkson Show on Tuesday, Cole Tucker’s girlfriend revealed that she has had numerous encounters with ghosts in her 33-plus years on this Earth.

“I’ve accepted the fact that I see things and I hear things,” admitted Hudgens.

“I remember getting ready for school when I was 8 years old, and there was, like, you know those ducks that you pull [the string]? It’s a toy,” Hudgens continued. “There was one of those on the dining room table, and I started walking, and it just started going alongside me.”

Hudgens added, “I kind of shut it down for a while because like it’s scary. But I recently was like, ‘No, this is a gift and something that I have the ability to do, so I’m going to lean into it.’”

That’s certainly one way to go.

Clarkson then asked Hudgens what kind of equipment she uses to help her talk to ghosts.

“There’s so much on the market genuinely. But like my favorite thing is called a spirit box. And it basically scans radio frequencies really quickly. You wanna do it in like more of a rural place. So it doesn’t pick up stations. And like, if you put on AM, it just sounds like static but something about the electricity that it creates, allows spirits to speak through it.”

“So I was sitting at a tombstone in a graveyard with my best friend. … And we found this one tombstone of a spirit that we were told is very playful. So I turn it on. I’m like, ‘Hi Sam, I’m Vanessa.’

“And then Gigi [her friend] goes, ‘Sam, can you tell us our names?’ And then we just hear, shhh Vanessa. Shhh. I was like, ‘Cool. Do you have anything else that you wanna tell me?’ And I just hear, shhh, ‘No.'”

It’s quite the story. Perhaps Hudgens can get together with Demi Lovato and do a TV show about aliens and ghosts. Heck, even throw in Megan Fox with some of her “historical mysteries” and you’ve got a surefire hit on your hands.

Folks on the internet, as they always do, had thoughts.

The MKultra chip needs to be replaced

That weed must be good lmao

Oh so that's why she didn't care about people dying at the beginning of covid, cuz she thought it's normal to communicate with the dead pic.twitter.com/Z49QxQF8tn