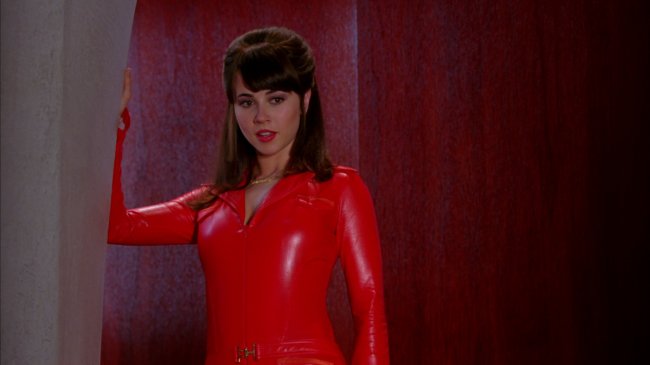 In the new cartoon film Trick or Treat Scooby-Doo!, Velma explicitly expresses romantic feelings towards a female character for the first time in the 53-year history of Scooby-Doo.

Velma is finally confirmed to be part of the LGBTQ+ community in the latest Scooby-Doo film ‘TRICK OR TREAT’. pic.twitter.com/x5a3vK5k8z

Velma Is Officially a Lesbian in New ‘Scooby-Doo’ Film, Years After James Gunn and More Tried to Make Her Explicitly Gay https://t.co/qbrHwMUAYU

The official canonization of Velma’s sexuality comes after many fans had already assumed the character was a member of the LGBTQ+ community, especially considering that Guardians of the Galaxy director James Gunn, who actually wrote the live-action films from the early 2000s that featured Linda Cardellini as Velma, said as much in a 2020 Twitter thread.

According to Gunn — who has since gone on to become one of Hollywood’s premier comic book genre directors having helmed three Guardians of the Galaxy films, The Suicide Squad, and the HBO Max show Peacemaker — he attempted to make the Velma character explicitly gay in his film but the studio “watered it down.”

“In 2001 Velma was explicitly gay in my initial script. But the studio just kept watering it down & watering it down, becoming ambiguous (the version shot), then nothing (the released version) & finally having a boyfriend (the sequel),” Gunn said a few years back.

Needless to say, the reactions to Velma’s sexuality being confirmed have elicited all sorts of reactions on Twitter, which you can find here. The canonization of Velma’s sexuality also comes as HBO Max is set to release an “adult” animated series about the character with Mindy Kaling in the lead voice role in the coming months.

At this time, Velma does not have an official release date, as its Twitter account just says that it’s coming to HBO Max “soon.”

RELATED: ‘Guardians of the Galaxy’ Director James Gunn Says Upcoming ‘Vol. 3’ Will Be The End Of The Team As We Know It