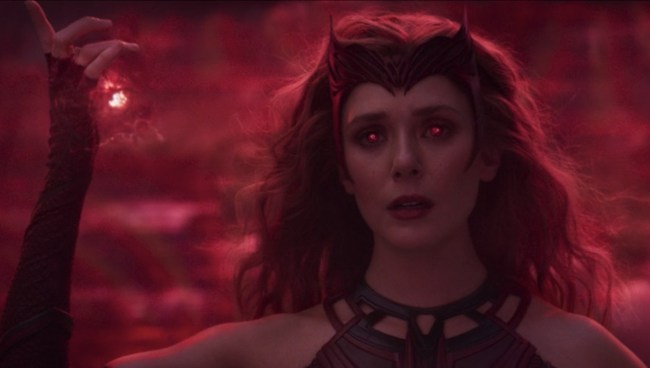 Regardless of how you ultimately felt about WandaVision‘s quality, there’s no denying its inherent uniqueness, particularly in comparison to the rest of the Marvel Cinematic Universe.

Not only was WandaVision an exploration into grief and loss, and not only did it do so through the framework of sitcoms past, but it centered around a character that cannot be so easily defended. When Cap took the Infinity Stones back to the original locations at the end of Endgame and decided to say in the past with Peggy Carter, no one batted an eyelash — his selfishness was warranted and deserved. Wanda, on the other hand, isn’t eliciting that same sort of understanding, especially when considering how many people had to suffer in order for her to achieve the same peace Steve Rodgers was seeking.

In a recent interview and wide-ranging interview with Rolling Stone, WandaVision series director Matt Shakman touched on the very notion and discussed the criticism that the finale condoned Wanda’s torturous actions.

“I don’t think we’re letting Wanda off the hook. She realizes in that final episode what she’s done,” Shakman said. “She’s brought to that moment by Agatha — ‘Are you a hero? Are you a villain? Heroes don’t torture people’ — and she tries to let them go in that moment, but realizes that she’s not fully able to say goodbye to her family yet. So the crisis at the middle of the episode is important to her story, that she is ultimately moving towards accepting the loss of Vision and her family.”

“The show was always about grief and how we come back from loss, so it always had to end with her accepting that loss, but also accepting this new mantle of the Scarlet Witch and what that means. But that final scene, she comes into town, it’s her walk of shame as she walks through town and feels the daggers being stared at her, meant to be this indictment of her. She is a pariah, and she’s not being forgiven by them.

“The conversation with Monica is about two people who have bonded over grief and loss understanding the motives behind it,” the director concluded. “Doesn’t mean it excuses it, and Wanda acknowledges that. She flies away from this town knowing that it wouldn’t really welcome her back.”

REVIEW: The Greatest Trick ‘WandaVision’ Ever Pulled Was Making Us Care

While I certainly hear Shakman’s point, Monica Rambeau telling Wanda that the people of Westview “will never know what she sacrificed” was arguably one of the most out-of-place lines in the season. Wanda had just spent the previous couple of months mentally hijacking the entire town — I’m not quite sure saying goodbye to your imaginary children and your ghost husband (for the third time) really counts as a mea culpa.

WandaVision may have come to an end, but The Falcon and the Winter Soldier is just beginning next week. We’ll be covering that and all things Marvel Cinematic Universe over on the Post-Credit Podcast, so make sure to subscribe and check that out.