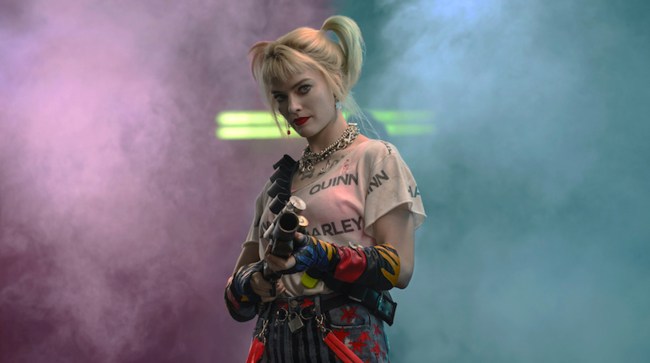 You know, the funny but also ultimately sad part about Birds of Prey is that it is actually one of the DCEU’s most entertaining movies. You know that “I’m straight up not having a good time” meme? I was the literal opposite of that dude when I saw this movie in theaters — I was having a straight-up good time (also, now that I think about it, this may have been the last movie I saw in a real movie theater).

But, like they do about 50% of the time, Warner Bros. utterly failed the filmmakers and absolutely botched the film’s marketing, thus leading to a bizarre mid-theater-run title change and a disappointing box-office total.

Still, though, it appears that the studio remains committed to Margot Robbie’s generally well-liked portrayal of Harley Quinn, as reports indicate that Warner Bros. is in the early stages of developing a new project for the character.

In talking with multiple sources today I’ve learned that Warner has begun very early talks and discussions about what the next big screen Harley project will be. There’s absolutely no word yet on exactly what the project is, although I’m sure fans are crossing their fingers for Gotham City Sirens

A couple of years ago, back before Birds of Prey was really turned into a Harley Quinn movie, there were rumors going around that beginning with that movie Warner wanted to feature Harley in some way every year in a DC film. 2020 is BoP, 2021 would be The Suicide Squad, which means whatever they’re talking about now could end up coming as early as 2022.

There are currently three DC films set for 2022: Shazam! 2, The Flash, and Aquaman 2. So if it ends up being a 2022 movie it could be an addition to that list, or replace one of those that could theoretically have to move. [via DCEUMythic]

As the report points out, movie-goers were already set to see Robbie’s Harley Quinn once again when she appeared in James Gunn’s The Suicide Squad in 2021. It appears that Warner Bros. is not content, though, as they know they have one of the world’s biggest actresses locked into a well-received role. Honestly, as long as it doesn’t involve Jared Leto’s Joker, I’m all for it.