You Have Rights At A Sobriety Checkpoint, But What Are They? 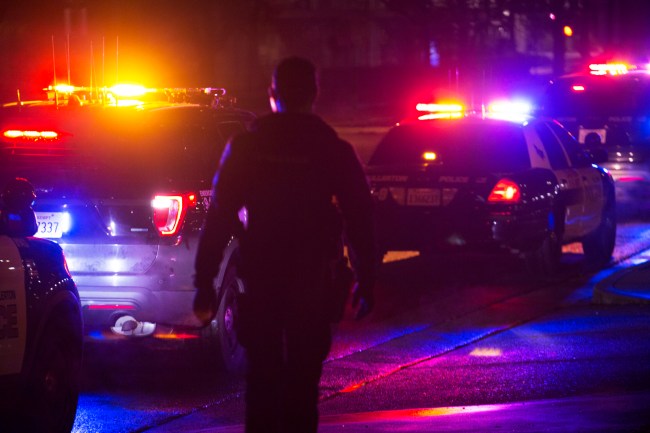 The upcoming Memorial Day weekend marks the official start of summer. Holy hell, boys, we’re not going to lie. We almost didn’t think it was going to happen this year. Not after everything we’ve been through. But lo and behold, the season of backyard barbeques, boating and beer drinking have arrived. Hallelujah! Considering that most of the nation is still trying to get back to normalcy after an extremely long period of being cooped up inside, we predict the next few months will rival any drunken, dope-fueled antics that we’ve seen in decades. This means law enforcement will be out in full force, trying to ruin our good times. Why must they be so dickish? Well, they can’t help it. It’s the age-old battle of good versus evil.

One of the most disturbing aspects of a sobriety checkpoint is they are sold as a way to protect public safety. In the weeks leading up to one, some Sheriff might do a press conference announcing operation “Drive Sober Or Get Pulled Over,” or some other not-so-cleverly named mission to take down drunk drivers. These campaigns typically include ramped up patrols and sobriety checkpoints, especially during times, like holiday weekends, when people are out and about trying to enjoy themselves.

A ruling by the U.S. Supreme Court established that sobriety checkpoints are legal, but not every state chooses to embrace them. Thirteen jurisdictions do not allow their police forces to engage in this practice. You can find out where yours stands on this issue by clicking here. Fortunately, those states that do use sobriety checkpoints must typically publicize their intentions in advance. This means if you’re not following your state and local police on social media, you should be. And you’ll need to stay vigilant. All police have to do is make a post (or issue a press release) saying that a checkpoint is being planned on a specific date (and the approximate time it will happen) to stay within the law’s bounds. Some cop shops will also reveal the checkpoint location, while others will not. Still, having some information about these pesky gestapo tactics can go a long way in preventing you from getting jammed up by the law. You could also download an app called Phantom Alert. For around $10 a month, it is designed to keep motorists abreast of all of the sobriety checkpoints and other unsavory traffic shenanigans in their area.

Now, it is crucial to understand that a motorist is not required by law to pass through a sobriety checkpoint. If you see one up ahead and there is a way to turn around or take a side street without breaking any traffic laws, by all means, take that path. Just be sure to use proper turn signals and maintain a safe speed. Because more than likely, cops will be watching those potential exit areas for those drivers flipping out at the possibility of getting busted for DUI. But as long as a driver doesn’t act suspicious, chances are they’ll be left alone. It’s also possible that they’ll be pulled over down the line. But if you get away, consider making a social media post about the whereabouts of the checkpoint. You might save someone else from having a bad night.

If there’s no way to avoid the checkpoint without looking like a scene straight out of the Fast and Furious, your next move is to just keep it together as best as possible. Keep in mind that police do not inspect every driver that comes through. Depending on the situation, they might stop every 10th vehicle. So, there’s a possibility that the police might not bother you, especially if you’re not all weirded out. But you’ll want to be as prepared as possible in line to minimize the interaction if you are picked out of the crowd. This means having your driver’s license, registration and insurance card out and ready to hand to the officer. We don’t want to be fumbling around in the glove box when a cop starts asking questions. And rest assured, they will.

The officer is undoubtedly going to hit you with a line of questioning right out of the gate. The first couple might be something like, “Where are you heading?” or “Where are you coming from?” Don’t stumble around with your answer, and don’t tell them any more than they need to know. During this time, you had better believe the cop is going to size you up. They’ll be looking for red eyes, slurred speech and whether or not they detect alcohol or marijuana odors. Drunk people will almost always lose this battle. They are going to be asked to take a sobriety test immediately. But for someone who’s not obviously drunk, there’s hope. They may even be allowed to leave. So when the officer asks, “Have you had anything to drink tonight?” be careful how you respond.

We don’t want to volunteer any information that could incriminate us. If the officer doesn’t suspect we’ve been drinking, let’s not admit that we have. Even if you just had one beer at lunch and it’s now midnight, that’s none of the cop’s business. You don’t have to lie about it, as doing so could come back to bite you in the ass if you do happen to get arrested. But saying something like “I prefer not to answer” is perfectly acceptable. The Fifth Amendment of the U.S. Constitution is a beautiful thing. It says we don’t have to answer any questions that we don’t want to. It might piss the police off, sure, but as long as you aren’t saying or doing anything that helps them build a case against you in court, there’s always a possibility that an attorney can swoop in for the rescue. Also, you can always refuse to take a sobriety test. But understand that in some states, failure to comply is considered an automatic admission of guilt. At that point, police can arrest you, search your vehicle without a warrant and perhaps open up a whole new world of legal hassles. In some parts of the country, sobriety tests are voluntary. So, always ask if your participation is required and if it can be denied without losing driving privileges. If the cop says it’s mandatory and it is not, an attorney will probably be able to get the case dismissed. If it’s voluntary, you are well within your rights to refuse the test and be on your way.

Seriously, though, if you plan to drink this summer, even if just a little, we strongly advise using a ride share service, just to be safe. There are too many responsible options available in this day and age to risk going to jail, losing your license and going broke. After all, the average DUI in 2020 costs somewhere around $10,000. You’re better off investing in Uber one drunken night at a time.