The NFT Bubble Has Predictably Burst In Spectacular Fashion…So What Happens Now? 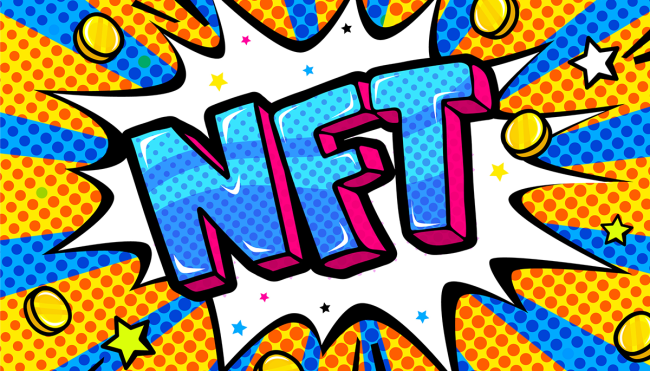 I didn’t really need any additional reminders I was Officially Washed after turning 30 a few days after we bid good riddance to 2020, but I nonetheless found one courtesy of the phenomenon that took the world by storm around a month after I hit that sobering milestone: NFTs.

We’d had barely recovered from the whirlwind journey that sent GameStop stock rocketing to the moon before it came crashing back down to Earth, but the internet didn’t waste any time inflating a new bubble after the Meme Stock boom turned into a bust.

By the time the end of February rolled around, it was impossible to go more than a few clicks online without stumbling across something concerning the “non-fungible tokens” that had taken the digital world by storm. Despite my many efforts to make sense of the blockchain-based trend, I still had a hard time processing why people were dropping insane amounts of money on virtual basketball highlights, a house that you can’t actually live in, and the rights to memes that anyone could download themselves.

At some point, I realized I could either continue to try to get to the bottom of this mystery or simply do what I did when I was similarly puzzled by the meteoric rise of TikTok and the popularity of Tekashi69: accept that I’m too old to ever truly understand what’s going on and live my life in blissful ignorance of what NFT evangelists were proclaiming was the Next Big Thing.

However, you didn’t have to grasp the intricacies of the tokens to realize the surge in interest surrounding NFTs (and the astronomical prices they were selling for) seemed wildly unsustainable. In April, it looked like the good times had started to come to an end, and based on a chunk of data that was recently shared by Protos, it would appear the bubble has now definitively burst.

According to the outlet, the market officially peaked on May 3rd, a day that saw NFTs generate a combined $102 million in sales. That number dwarfs the less than $20 million that’s changed hands over the course of the past seven days, which represents a 90% dropoff from how much money was moved in a week at the start of last month.

You don’t have to know a single thing about NFTs to know that’s not the best development for what so many people with “Entrepreneur” in their Twitter bio were labeling as the investment of the future—which begs the question: What does the future look like for NFTs?

It’s easy to draw parallels between this implosion and the Great Cryptocurrency Crash of 2018, but if we can learn anything from that scenario, it’s that it would be foolish to proclaim this recent decline is a death spiral NFTs will never bounce back from. However, Bitcoin and its ilk were created with a fairly defined goal—the creation of a decentralized economy—but pinning down the NFT endgame is a bit harder to do.

Buying a token that grants you the exclusive ownership of a digital collectible or piece of virtual art is theoretically the same as buying their physical equivalent; there’s a reason an actual Van Gogh painting sells for a bit more than a poster you can pick up in the gift shop at a museum. However, it’s hard to imagine anyone would go to a museum for the privilege of watching the original “Charlie Bit My Finger” video as opposed to bringing it up on their phone.

The people who buy NFTs might view them as assets, but like any asset, they’re only worth how much someone else is willing to pay for them. I assume most of the people who added them to their portfolio this year did so with the hopes they’d be able to get a return on their investment, but as things currently stand, that’s probably only going to happen if a very bold vision of the future is eventually realized; one that relies on society slowly but surely migrating to the “metaverse.”

The creation of that metaverse relies on the assumption that our ever-increasing reliance on technology will eventually result in people embracing and escaping to alternative realities built on a foundation of NFTs. These virtual escapes are essentially Second Life on steroids—ranging from digital concert venues to casinos hosted inside the cloud—all home to a thriving internal economy.

In a way, it’s a natural extension of the online markets that have allowed people to make bank selling rare CounterStrike skins or highly sought-after Runescape items—just on a vastly more massive scale. The success of the metaverse won’t necessarily hinge on widespread adoption (in the same way places like Dubai and Monaco don’t rely on The Poors to keep their economy thriving), and while many NFT bulls would leave you to believe it’s only a matter of time until that vision is realized, it’s still an incredibly ambitious gamble that may never actually pay off.