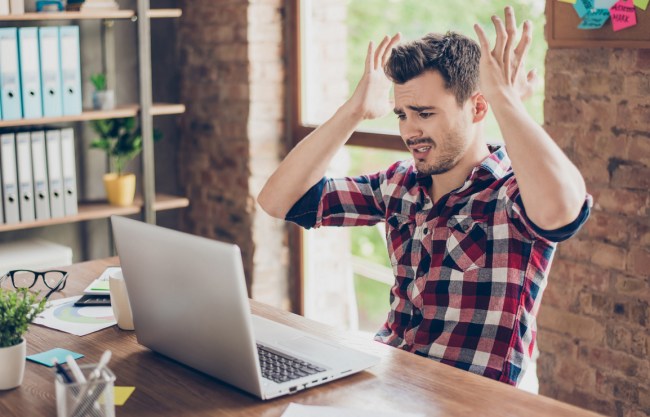 I celebrated my birthday over the weekend (thank you, you’re too kind), and despite the fact that I’m now firmly in my late 20s, I still have a fair amount of work to do when it comes to figuring out how to be an adult.

I like to think I’ve made some progress over the past few years when it comes to navigating my way through the real world, as I’m no longer on my parent’s phone plan, have started to eat leafy greens on a biweekly basis, and generally stray away from drinking before 5 P.M. unless it’s on a day that starts with “S”.

I might legally be an adult, but like many members of the millennial generation, it feels more like I’m “adulting,” the art of doing things grownups are supposed to do while still feeling absolutely hapless when it comes to life in general.

If only we had heeded the warning of Billy Madison.

According to Business Insider, an English professor at Georgia Tech decided to teach a class on adulting in an attempt to figure out why more and more people feel like they’re faking their way through life.

Rebekah Fitzsimmons and her students set out to analyze what adulthood truly means in the 21st century with a course that tracked the history of how the definition of maturity has evolved since the days when teenagers were working 12-hour shifts in coal mines.

For one assignment, students were asked to write a paper explaining what it means to be a “real” adult and there was one particular milestone people say proves you officially have your shit together:

“The vast majority of them said that they thought it was when you had kids of your own,. It wasn’t graduated from college, it wasn’t getting your first job.

I joked with him that my definition was, you’re paying your own rent, you have your health insurance. That’s what I think being an adult is. But they said, you know, once you have kids, that’s it — you’re definitely an adult.”

Welp. It looks like I still have plenty of time to go until I’m a real person.