Here’s The Disgusting Reasons Why You Need To Clean Your Showerhead, Like Right F*cking Now! 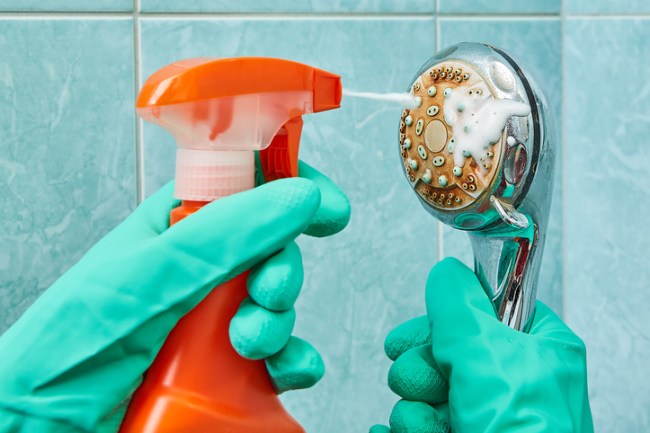 Men are taught at an early age that it is wise, perhaps even crucial to their survival, to always wear a condom when engaging in those ugly-bumping shenanigans that mother nature has programmed us to sniff out at every turn. Because if we don’t protect ourselves, sweet crippled Christ, we could end up catching some incurable strain of jungle clap and be forced to live out the rest of our days a stuttering eunuch. There is also a distinct possibility that any number of these sleaze diseases could spare us that level of embarrassment and just give us the old RAID treatment and kill…us…dead. But men are never told that the real danger is not necessarily in the company we keep while we’re gyrating on a mattress like a depraved Billy goat, it’s the beasts that dwell inside the showerheads we use in the morning to wash off the funk, according to a new study.

Researchers from the University of Colorado at Boulder have determined that some of the bacteria that live in our showerheads is some nasty shit that has the potential to infect us with some ass-whooping diseases. There is one bug, in particular, that should be feared with Howard Hughes-like enthusiasm – a slimy biofilm called Mycobacterium, which is responsible for cutthroat aliments like tuberculosis and leprosy. Wait, didn’t some of that shit go out with the Old Testament?

It is important to point out that the study, which was published in the latest journal mBio, is not suggesting that these brutal diseases are growing in our bathrooms, only that our showerheads are a breeding ground for a genus of bacteria that can produce similar infections. The report indicates that non-tuberculosis lung disease is perhaps being spread by these types of shower-dwelling microbes. They are rare, but more prevalent in areas that rely on municipal water supplies, the report shows. So, if you live in the city, you’re at risk. Hillbilly Trump supporters who still use well-water have nothing to worry about – at least not with respect to mycobacterium.

In the interest of full disclosure, I am a germaphobe. I’m not quite to the point where I’m pissing in milk bottles or sectioning off portions of my home as “germ-free zones,” but I’d be lying sack of shit if I told you that I didn’t thoroughly clean my showerhead (bleach and all) this morning before writing this piece. The thought of those invisible monsters humping and slobbering all of each other, just hoping to breed a superbug spry enough to leap onto my body and find a way into my bloodstream is almost enough to change the way I bathe from here on out. It’s something I seriously need to discuss with a therapist, I know. So, you’ll have to forgive me for using language in this piece that sounds a little desperate or could be construed as scare tactics. I’m not trying to give you guys the impression that it’s no longer safe to take a shower. In fact, the lead researcher of this study, Noah Fierer, says, “there is definitely no reason to fear showering.”

But it still might not be a bad idea to clean your showerhead every once in a while. I feel like some of you bastards aren’t taking this germ business as seriously as you should and it’s going to get you fucking killed! 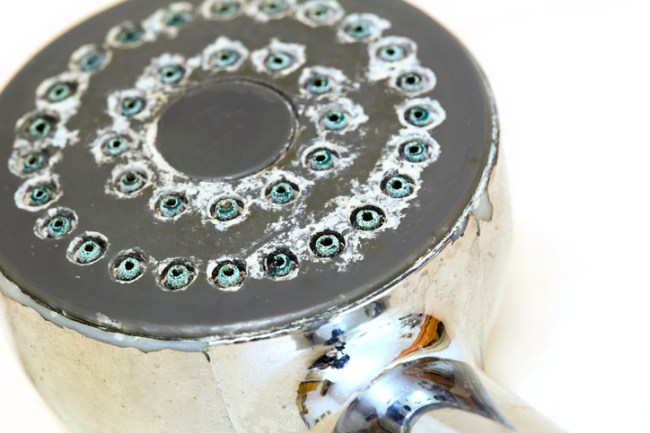 Bacteria is everywhere. There are trillions of these evil fuckers living in every part of the house — not just the bathroom — looking to fucking put someone on life support before the end of the day. They are hanging out on the shitter, the kitchen sink, on towels, the floor, they’re even in our sneakers, and escaping these ramshackle representatives of Hell is impossible. Fortunately, the human body is designed to embrace the majority of these killers, and through some shrewd negotiation between the master of the universe and evolution prevent them from ganging up on our immune systems and leaving us for dead. Consider it the Cold War between us and them.

Still, it is those bugs like mycobacterium that are lingering in unsuspecting places, like our showerheads, that have the most potential to swoop in and lay down the fever and the shakes. Even as I write this piece, I sense that those fuckers have already infected my lungs. I’m starting to feel sick, and I’m on the verge of calling in a cleaning crew to bleach this place down — top to bottom — while I go have a beer somewhere and try to psyche myself up for how to live in my home again.

But maybe going full-blown clean-freak is not the best way to combat these dangerous bacteria, says Rob Dunn, a professor of applied ecology at North Carolina State University in Raleigh and author of the germ book Never Home Alone. He recently told NPR that all of our cleansing rituals with antibacterial soaps and hand sanitizer is killing pathogens that we need to keep us healthy. Dunn insists that showerhead mycobacterium are pretty rare, but we’re “accidentally making them common by trying to kill everything.”

In his expert opinion, all of us germaphobes should just try to relax and enjoy our lives. “Our bodies don’t exist but for the species that live on and in them,” he said. “We can’t scrub ourselves free of the rest of life.”