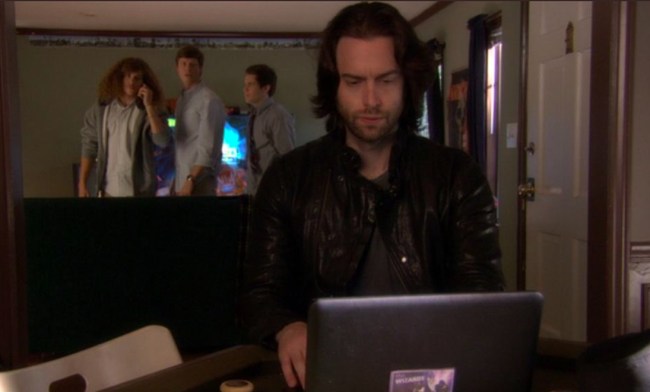 One of the greatest episodes of Workaholics season one from 2011 has been pulled from several streaming platforms in light of the allegations made against comedian Chris D’Elia for making advancements on underage girls.

The episode titled To Friend a Predator features the 40-year-old D’Elia playing a child molester named Topher who is befriended by the show’s main characters.

Anders poses as neighborhood watch hero, but accidentally gets their friendly dealer Kyle arrested. When the trio realizes that besides harmless people like Blake, real pedophiles pose as pre-teen on his favorite Beliebers fan site, they hope to become heroes by trapping one. However when suave Topher arrives, they can’t help bonding with the cool, generous charmer instead, who quickly moves into their lives. Being invited with him to the coolest Penthouse-penthouse, they decide to wait at least that long even as it becomes ever more painfully clear that he can’t and won’t give up his pederast lust, so introducing him to girl gymnast of age only puts him too close to a boys locker-room.

Chris D’Elia, who was just outed as a real life pedophile, literally played a pedophile in season 2 of You AND in an episode of Workaholics. You can’t make this shit up pic.twitter.com/fk3kkrwxp6

The episode is now no longer available on Hulu, where the episode has disappeared entirely, and on Amazon Prime in the US, where it says “this video is currently unavailable”. It appears to still be available on the latter platform in the UK.

A Comedy Central spokesperson has since confirmed to Variety that the episode had been removed from all the company’s platforms.

Following the allegations, D’Elia released a statement to TMZ, in part saying: “I know I have said and done things that might have offended people during my career, but I have never knowingly pursued any underage women at any point.”

remember when chris d'elia played a pedophile on Workaholics pic.twitter.com/6ij0lM3gnz