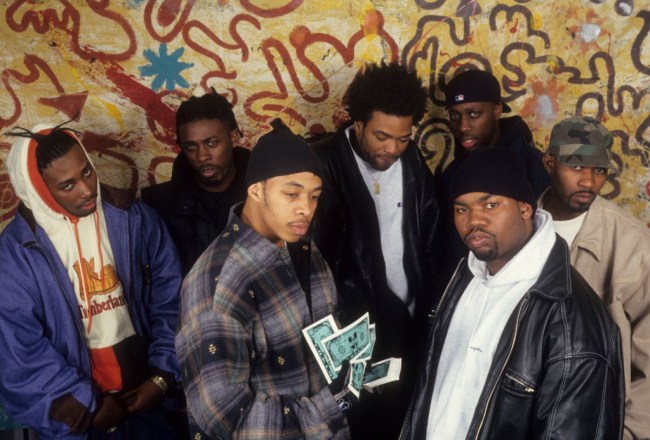 If you ignore the “people routinely being murdered over lyrics” thing, the 1990s was an absolutely amazing decade for hip-hop and produced some of the most legendary rappers to ever grace the game.

You can’t talk about 90s rap without discussing the beef between the East Coast and the West Coast, and while Los Angeles managed to produce some impressive products thanks to the likes of Snoop Dogg, 2Pac, and N.W.A., I’m of the firm belief that New York City came away with the W when everything was said and done.

Superstars from around the five boroughs repped the birthplace of hip-hop; Brooklyn had Biggie and Jay-Z, Nas helped put Queens on the map, Big Pun and his crew held things down in The Bronx, and plenty of people from Harlem—including Diddy and Big L—made some major moves.

Staten Island, on the other hand, had the Wu-Tang Clan as its claim to hip-hop fame, as the posse hailed from the land they dubbed “Shaolin” and quickly rose to stardom on their way to cementing themselves as one of the most legendary rap groups to ever exist.

The Wu-Tang Clan has gone through various iterations through the years and lost a key piece of the puzzle when Ol’ Dirty Bastard passed away in 2004 but the brand remains very strong, and now, it appears the group is trying to expand its empire in the form of a theme park inspired by the collective that is reportedly in the works.

According to Mass Live, Jimmy Kang—who serves as the vice president of the group’s management arm—says he’s currently negotiating a deal in an attempt to get a Wu-Tang Clan amusement park built in South Korea.

He didn’t provide any real details concerning potential attractions and there’s currently no timeline on when it will open if the pieces manage to come together, but despite the lack of information he provided, I can only assume it’ll be nuthin’ to fuck wit if it comes to fruition.