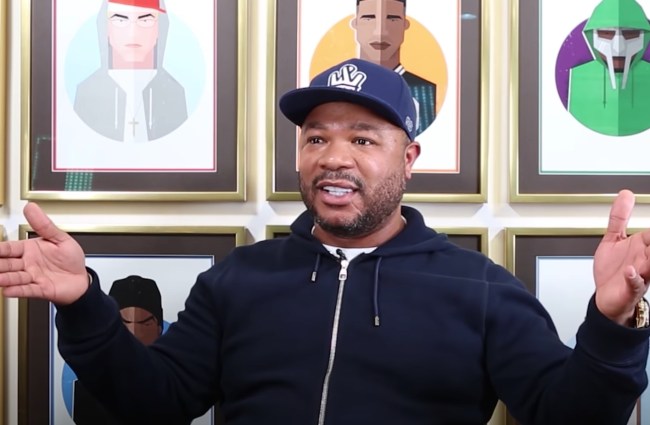 It’s wild to sit back and think there was a time not all that long ago (actually it was forever ago) that Xzibit was 1) an active rapper and 2) one of the most high-profile people in the pop music industry. He was the king of MTV for a hot minuted thanks Pimp My Ride, the show where they’d be like “I heard you like fish so we put a fish tank inside of your gas tank and the muffler’s made out of coral!” and weird shit like that.

It’s wild to think that he really wasn’t earning all that much money from MTV for Pimp My Ride compared to how popular the show actually was. In 2007, he brought in $497,175 as the face and star of Pimp My Ride but cour records would later show his income sank to only $67K/year after the show was canceled which ultimately led to him filing for bankruptcy but I’m not sure how I even got off on this tangent already when we’re here to talk about the show.

In this clip from a few days ago, he talks about the biggest Pimp My Ride horror stories and appears to deflect blame and mostly claiming he had nothing to do with the outrageous products his team would sometimes undergo. Obviously, I’ve gone ahead and pulled some clips below of the most out-fucking-rageous Pimp My Ride projects in history becuase today is a damn fine day to revisit the past, isn’t it?

Here’s his clip with the Pimp My Ride footage below:

Now for the best and worst of Pimp My Ride‘s cars. Starting with ‘the roughest car ever’.

This purports to be the ‘best car ever’ and I simply cannot argue against that.

This footage of Irish people watching Pimp My Ride is just quality entertainment:

What the hell were they thinking???

This quick behind-the-scenes look at PMR seems like as good a place as any to end:

What a weird time in history that was.