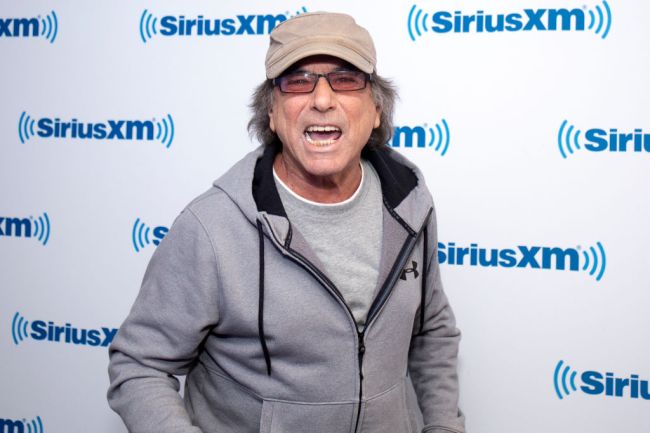 The Grateful Dead can lay claim to a number of storied firsts in rock ‘n roll history: The first band to take a monstrously loud rig with 604 speakers on the road – known as The Wall Of Sound. The first band to play the pyramids of Egypt during a lunar eclipse. The first band to use 16-track technology to record an album (1969’s Aoxomoxoa).

These are well-documented chapters of Grateful Dead history, adding to the beloved band’s overall lore and cultural legacy.

Mickey Hart, percussionist for the Grateful Dead, can be credited for the first use of the term YOLO.

Popularized by Drake’s The Motto in late 2011, the term YOLO – an aphorism that’s short for You Only Live Once – exploded into the lexicon in 2012. The Oxford American Dictionary named “GIF” 2012’s Word Of The Year, narrowly edging out “YOLO” as the word on the tip of everyone’s tongue that year. Lonely Island furthered propelled the term into the limelight with a digital short on Saturday Night Live in early 2013, contextualizing what You Only Live Once meant to a generation barreling towards humdrum post-grad adulthood.

The term YOLO stuck – especially with millennials – and is now used everyday to describe risky stock trades on r/WallStreetBets. There’s even an actively-managed cannabis ETF that trades with YOLO as the ticker symbol. There’s even a spirited YOLO restaurant in Fort Lauderdale.

The phrase “you only live once” started being used in the lexicon in the 19th century. According to Vanity Fair’s 2013 oral history on the term, YOLO’s origins, as a turn of phrase and acronym, date back to use by Mickey Hart in the early 90s.

The Grateful Dead drummer saw a brochure for a ranch in Sonoma County. Hart wanted to buy it as a retreat from touring with The Dead, justifying the property’s exorbitant asking price with a YOLO attitude. He ended up naming the property YOLO.

Mickey Hart, drummer of the Grateful Dead: My wife found this place in a brochure of homes in Sonoma County, but it was an out-of-date brochure. The person who was selling it took it off the market—he wanted too much for it. [But] we just loved the place. It was too much for us, a lot of money at that time, 22 years ago. And we just looked at each other. We wouldn’t leave until we made the deal with the owner. We told him, “Just go take your clothes and take the paintings . . . We’ll pay you list price, you know, here’s cash and go.” [Laughs.] “I’m going on tour. When I get off of tour, July 5th, I want to live here.” And so we just looked at each other and we said, “Hey, you only live once!”

We shortened the name because we didn’t want to talk about it with people. The Grateful Dead ranch used to be called Mickey’s Ranch, or the Grateful Dead Ranch, or something like that. I didn’t want any of that. So we immediately named it YOLO. It’s a very special place and a four-letter word that really describes the attitude and everything pretty much behind it. Our whole mindset at the time, and the idea that to enjoy yourself while you’re here, at least you know you’re here. All the records I make, all the music and the projects, they all come out of YOLO. It was really a masterful stroke, just kind of sucking it up, taking a deep breath, and saying, “You only live once. Let’s go for it, baby.”

And thus, the term YOLO was born.

I think this should be considered true without requiring proof pic.twitter.com/oDUwXuk9lT