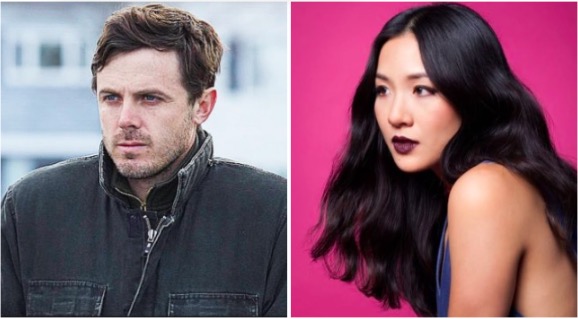 The award nominations for Casey Affleck keep pouring in, as the 41-year-old was nominated for The Best Actor for his role as a “self-punishing, depressive loner” in the wildly successful film Manchester By The Sea. As Affleck’s name buzzes around Hollywood circles, his checkered past is being brought to the forefront by industry folk.

In 2010, Affleck settled two civil lawsuits outside of court for an undisclosed sum after a female producer and director of photography on the set of the 2010 faux Joaquin Phoenix documentary “I’m Still Here,” claimed several instances of sexual misconduct. Affleck, who directed the film, allegedly inappropriately touched them and encouraged a sexually hostile environment on the set, reports the Mercury News.

Affleck denied all allegations, downplaying them in a October 2016 Variety cover story, saying:

“People say whatever they want. Sometimes it doesn’t matter how you respond … I guess people think if you’re well-known, it’s perfectly fine to say anything you want. I don’t know why that is. But it shouldn’t be, because everybody has families and lives.”

Upon hearing the widespread praise Affleck is getting for his role in Manchester By The Sea, Constance Wu, star actress in ABC’s hit sitcom Fresh Off The Boat, went on a Twitter tirade shaming the Academy for condoning the mistreatment of women by nominating Affleck.

Boys! BUY ur way out of trouble by settling out of court!Just do a good acting job,thats all that matters!bc Art isn't about humanity,right?

Here's a thing I wrote during an convo w/ @PeterShinkoda about how Casey Affleck's win will be a nod to Trump's. pic.twitter.com/FjrRsniS9d

@TheAcademy congrats on not learning from the past!Congrats on reinforcing the BTS mistreatment of women in Hwood!Who cares rite?Go Casey!