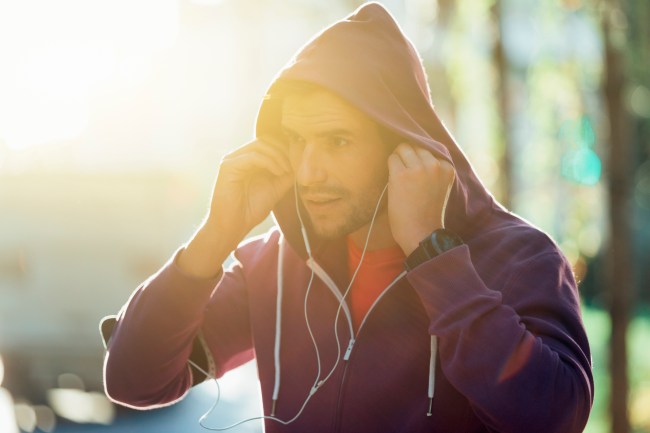 There is no better way for a human to prepare themselves to fight and fuck their way through the mad, mean world than listening to music. No, not any of that folky, post-flower-power, hippie resurgence type of crap, either. We’re talking about songs of war, the electric chunk-chunk that gives us – the better ones at least — the minds of stark-raving lunatics and sets us on the path for total domination.

For those of you who are not entirely sure what it means to have the chunk infiltrate your life, well, let’s just say it is when that heavy-ass guitar riff climbs in through the ear canal and symphonically molests that pea brain of yours until it swells into something that can only be described as fucking possessed. It’s the moment when all of the posers in the room should just get out of the way, because you’ve officially gone full-blown Billy Badass and, come hell or high water, you’re going to cut through every obstacle that challenges you, one vicious blow at a time.

It is almost as if music provides the human spirit with the strength and determination it needs to push its way to greatness. Call it sonic steroids, a rhythmic revolution, or whatever — just know that songs with the pulse of a Mississippi meth fiend have a way of transforming even the most unmotivated slob into something legendary. And weirdly enough, science seems to support this theory.

A team of Italian researchers recently came forward to show how music with a higher tempo can boost physical performance. The study, which was published in the journal Frontiers of Psychology, shows that listening to songs that come in at around 170 beats per minute (BPM) have a way of clearing the perceived struggles up ahead to give birth to a savage fitness animal.

In turn, the person all jacked up on the beat of the music is more likely to experience greater cardiovascular benefits and perhaps even get through an hour or two at the gym without feeling much pain or fatigue. It seems that extreme rhythms can provide gym rats and yoga thugs with additional energy, endurance and make their exercise sessions more productive than those twisted psychos who do it without a soundtrack. So, the faster the beat pumping through those earbuds, the more a person is going to reap the benefits of their workouts, scientists explained.

“We found that listening to high-tempo music while exercising resulted in the highest heart rate and lowest perceived exertion compared with not listening to music,” study author Luca Ardigò, a professor at the University of Verona in Italy, said in a statement. “This means that the exercise seemed like less effort, but it was more beneficial in terms of enhancing physical fitness.”

The latest study is consistent with similar scientific explorations that find music with faster beats can strengthen the efficacy of a workout. A snippet of research from 2011 shows that “music can be thought of as a type of legal performance-enhancing drug,” since it seems to incite an internal riot in our brains that often translates into something that resembles a giant, hairy beast with gnashing teeth. Indeed, tunes with higher BPMs can provide people with the motivation they need to get off their fat ass and put in the work necessary to make significant gains.

Therefore, researchers concluded that music with higher tempos may be exactly what some fitness hopefuls require to inspire them to get away from low-intensity workouts and jump into those insane, sweat-dripping levels of physical activity that have been proven to burn fat and build muscle.