‘The Mountain’ Tries To Consume 17,000 On His Cheat Day And Someone Please Try This It Home 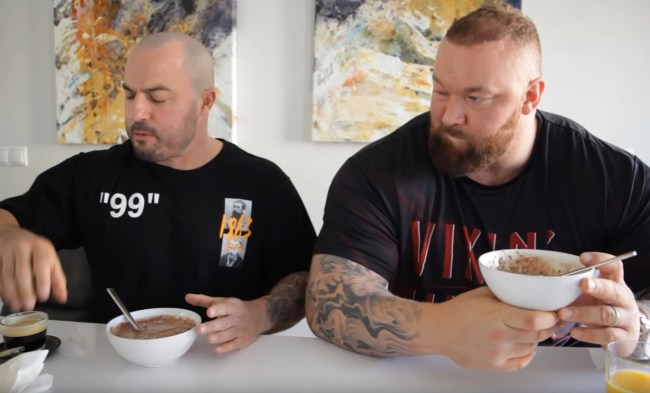 Hafthor Bjornsson, better known to the world as “The Mountain,” possibly spends more time eating than working out.

His grocery bills are ridiculous. He could probably eat an entire KFC out of business.

Why? Mostly for our enjoyment, or disgust, depending on your own personal taste.

Here’s how the trio spent their day:

Over the course of 10 hours of eating, chaos slowly ensues as these large men feel like they’re going to pop with all the unhealthy food they’ve consumed.

In the end, one of Mountain’s pals dropped out due to excessive vomiting. His other buddy made it to the end and vomited immediately.