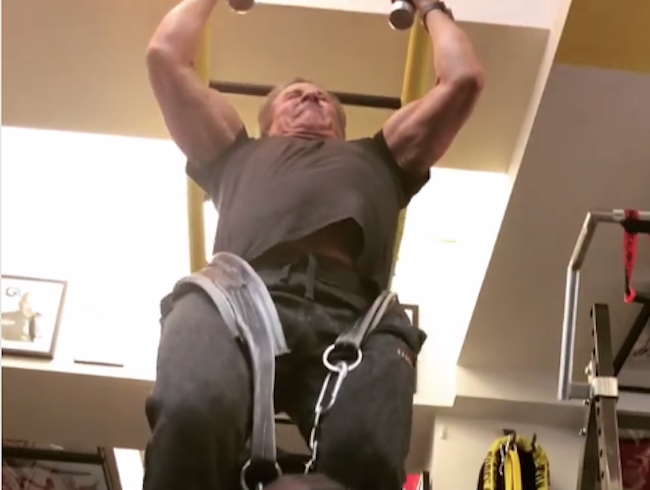 Sylvester Stallone is using hype posters to get people fired up about Creed 2 and got Eagles fans yoked for the Super Bowl by sharing Rocky-inspired memes to support his beloved Birds.

The 71-year-old star should just post more workout videos to his official Instagram because they’ll fire people up enough to do just about anything. The icon star uploaded a gym video after banging out a couple weighted pull-ups with a 100-pound dumbbell strapped to his waist.

“Another easy workout!” the star of Rocky, Rambo and your childhood quipped. “You’re only as old as you and your joints feel! LOL.”

Watch the 71-year-old stallion pump out a couple reps like it ain’t no thing.

Stallone has been a gym rat for decades and even discussed the lengths he’d go to get ripped for the Rocky films. His diet for Rocky III was borderline insane.

Stallone and co-star Dolph Lundgren have been training for months for the Creed sequel. It’s possible the pair could look better now than when they starred in the classic Rocky IV. In other not shocking news, Michael B. Jordan is looking just as swole.