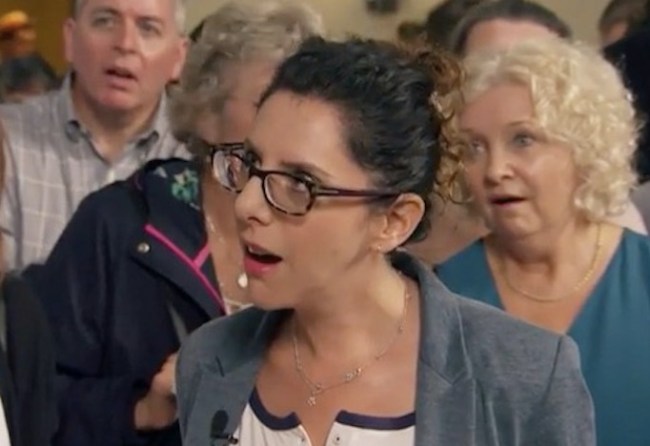 I love the reactions of people on Antiques Roadshow when they find out that family keepsake they’ve had stashed away collecting dust is actually worth more than their car. Such was the case on a recent episode when a woman brought in a diamond encrusted bracelet which she had inherited. I’m sure she thought the bracelet was worth a few grand, but she found that heirloom was worth a life-changing amount of money:

The woman had inherited the frosty bracelet from her mother-in-law. The mother-in-law had been given the bracelet by her husband who used to travel the world and it’s believed that he purchased the ridiculously valuable diamond bracelet at auction.

It’s always a large reveal when Geoffrey Munn, host of Antiques Roadshow on the BBC (not PBS), reveals how much the items are worth. That ‘holy shit’ moment of reveal is really the only reason why the show exists in the first place, and it’s one of the best moments in television.

You can look at this bracelet and tell it’s worth a lot of money, but holy shit, I did not expect it to be worth nearly as much as it is: 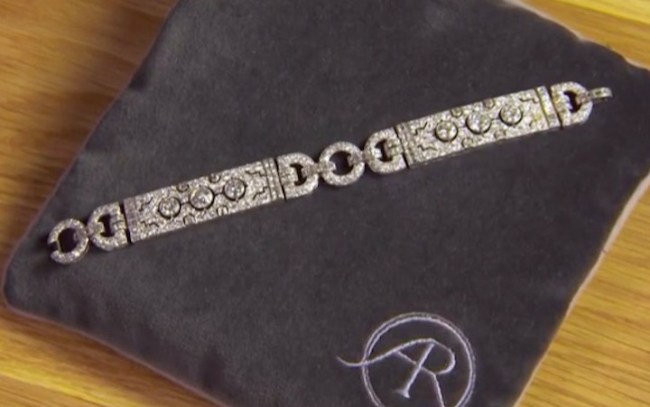 So, how much was this woman’s bracelet worth? Well, if you watched the clip above you already know. If you’re choosing to read instead of watch the footage her diamond-laden bracelet is worth a whopping $191,805 (£150,000). The woman, clearly in shock, remarks that her bracelet’s worth enough to purchase a Bentley.