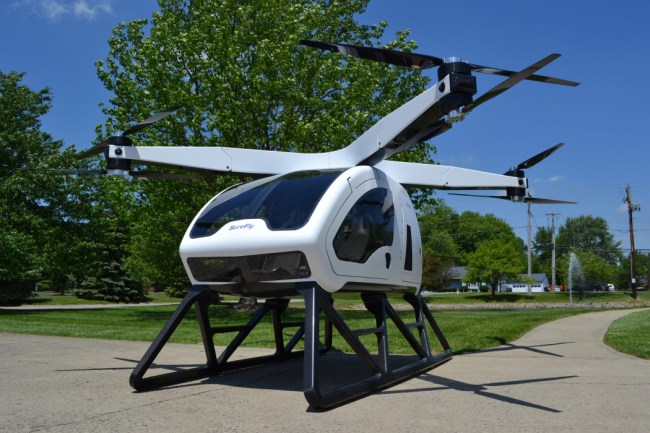 The Workhorse SureFly really hopes their personal helicopter takes off at the 2018 CES. Literally. The Workhorse SureFly, which looks like a ginormous quadcopter drone, has gotten approval from the FAA to fly around the Consumer Electronics Show in Las Vegas next week. This will give the personal helicopter company a unique way to show off their two-seat octocopter at CES.

Workhorse has received approval from the Federal Aviation Administration for their SureFly personal chopper to make test flights at the 2018 CES. The Workhorse Surefly features eight contra-rotating propellors fixed to four arms to fly in the sky. The SureFly is a gas-powered helicopter that has a range of 70 miles and has a maximum carrying weight of 400 pounds. The SureFly seats two and the pilot controls the copter with a joystick controller, but future models will be capable of autonomous flight.

Workhorse says the SureFly is not only a personal transporter perfect for urban commuting but also valuable for precision agriculture, surveillance, aerial inspection, emergency response tasks, and various military applications. The company is working toward getting full FAA certification of the SureFly in late 2019. To get your own SureFly personal helicopter, it will set you back approximately $200,000. Looks like you’ll have to use Uber or Lyft for the foreseeable future until you get your own personal helicopter. 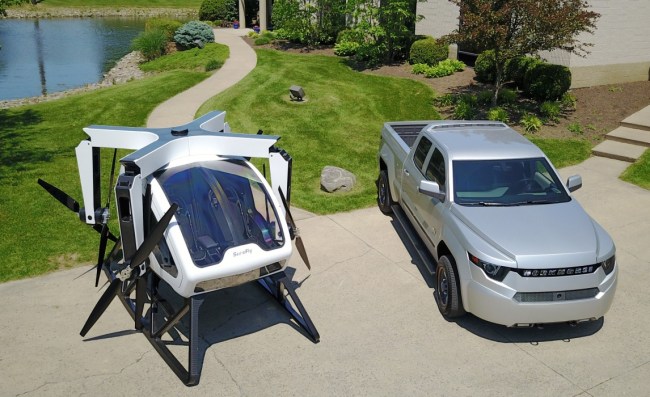