Cash Me Ousside Girl Busted For Weed Outside Friend’s House 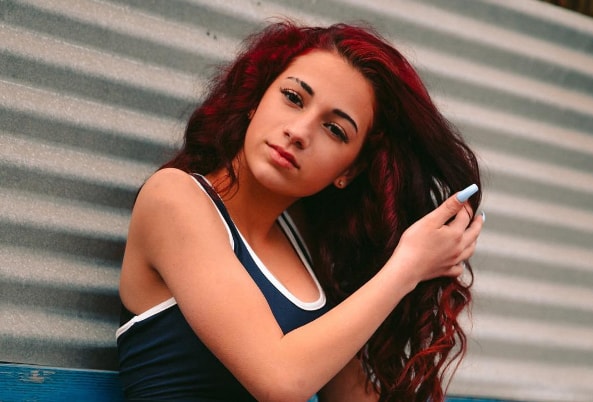 Just another day in the semi-charmed life of the Cash Me Ousside girl. The bewildering internet phenomenon was busted by cops for possession and consumption of marijuana consumption outside her friend’s house in Florida on Wednesday.

Reportedly police were passing by a house in Boynton Beach when an officer got a strong smell of ganja. The cop found 14-year-old Danielle Bregoli and her friend on the property and questioned them about the cannabis odor. When the officer found a joint, neither girl admitted to owning it so the officer gave both girls citations.

This came on the same day Cash Me Ousside girl faced a Florida court over charges of battery, theft, and filing a false police report. With that kind of pressure, it’s easy to see why she wanted to toke on a spliff.

Police went to the house Danielle shares with her mother Barbara in Boynton Beach 51 times last year for a myriad of claims including stolen cars, lewd behavior, fraud, verbal threats, and violence.

A video has gone viral of the mother and daughter battering each other.

On Wednesday, Circuit Judge Lou Delgado set an April 26 calendar call date for the Cash Me Outside girl. How bout dah.

“Right now the sky’s the limit for her,” Barbara Bregoli said.