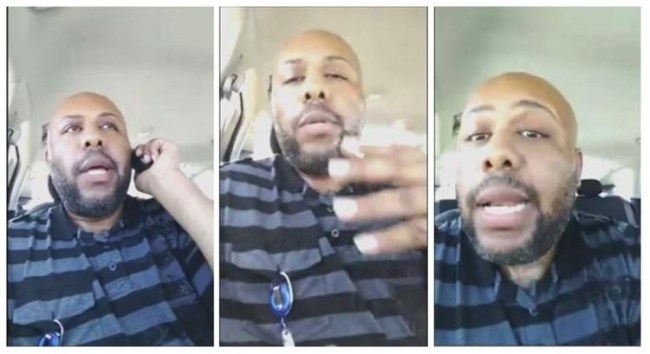 After being on the lam for days and a national manhunt, what caught Facebook Live killer Steve Stephens was his penchant for McDonald’s. A McDonald’s employee working the drive-thru recognized Stephens and alerted the authorities. But to give police enough time to catch the Cleveland killer they withheld his fries.

Stephens was still driving the Ford Fusion that police notified the public to be on the lookout for and went to get food at the McDonald’s in Erie, Pennsylvania. Around 11 a.m. on Tuesday, the murderer ordered a 20-piece order of Chicken McNuggets and a large order of French fries. The drive-thru attendant realized it was the Cleveland killer so she called over the owner and then called the police. They stalled by telling Stephens that his fries weren’t ready yet and to wait on the side. Stephens realized the ploy and quickly drove off, but cops were already in the vicinity. To be fair it could have been an actual problem since there is a good chance that anyone will have to wait for fresh fries at Mickey D’s.

Minutes later, police attempted to stop Stephens about five miles from the McDonald’s. After a brief and high-speed pursuit, Stephens pulled over and committed suicide by shooting himself.

Details from state police: "As the vehicle was spinning out of control … Stephens pulled a pistol and shot himself in the head." pic.twitter.com/avlLKivcWp

State Police are continuing to process the scene where Steve Stephens life came to and end. No word on when the car will be removed. #WPXI pic.twitter.com/cDRlAMMbzW

The owner of the McDonald’s, Thomas DuCharme Jr., explained to GoErie how they encountered the Facebook Live killer.

Hopefully, the good Samaritan McDonald’s employee will receive the $50,000 reward for tipping off authorities.