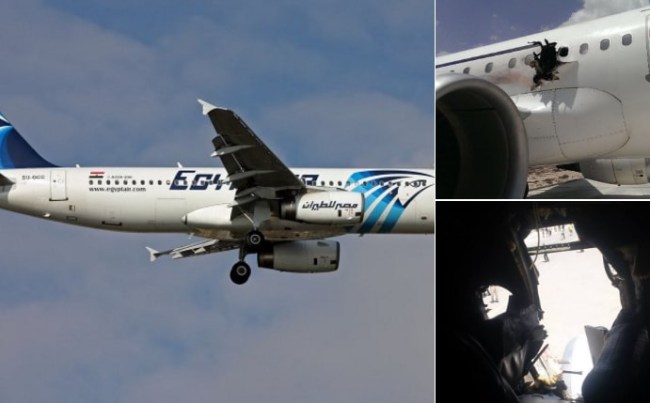 On March 21, the Department of Homeland Security announced new carry-on restrictions for flights from eight Middle Eastern countries to the United States, including Egypt, Jordan, Kuwait, Morocco, Qatar, Saudi Arabia, Turkey, and the United Arab Emirates. The limitations prohibited electronic devices larger than a smartphone from being brought into the cabin of commercial airliners. This included laptops, tablets, e-readers, cameras, portable DVD players, and handheld gaming devices (larger than a smartphone). The restrictions were soon adopted by the U.K. as well. New revelations paint a scary picture as to why those restrictions were enabled.

According to ABC News, U.S. intelligence believes terrorists have stolen airport security screening equipment to test the effectiveness of their ability to conceal explosives in laptops and other electronic devices.

ISIS and Al-Qaeda have reportedly developed new bombs that are built into electronic devices, which could be smuggled aboard a passenger airplane. The terrorists allegedly tested the stealth of their new laptop bombs with the stolen airport scanners.

There are reports that Al Qaeda shared this frightening new bomb-making technology with the Khorasan Group, an organization of terrorists in Syria, and with the Islamic State.

The U.S. Department of Homeland Security issued a statement on the situation:

“As a matter of policy, we do not publicly discuss specific intelligence information. However, evaluated intelligence indicates that terrorist groups continue to target commercial aviation, to include smuggling explosive devices in electronics. The U.S. government continually re-assesses existing intelligence and collects new intelligence. This allows DHS and TSA to constantly evaluate our aviation security processes and policies and make enhancements to keep passengers safe. To that end, we use a robust security system that employs multiple layers of security, both seen and unseen.”

Terrorists have shown the ability to make a laptop bomb already. Back in February of 2016, terrorists detonated a laptop bomb while on a Daallo Airlines flight traveling from Somalia to Djibouti. The explosion ripped a hole in the Airbus A321 fuselage (As seen above), but the plane managed to make an emergency landing.

Some airlines affected by the ban have issued out loaner laptops and tablets.

Enjoy bringing your laptops on your flights while you still can.