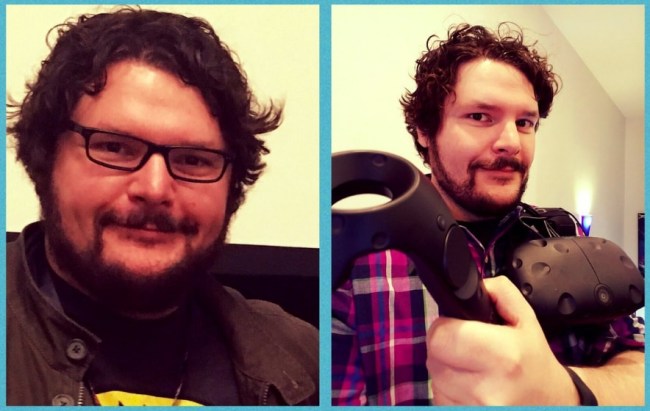 Job Stauffer lost 50 pounds just by playing virtual reality. He lost 50 pounds simply by playing the VR game Soundboxing. The point of the VR game is to punch objects that fly by you to the beat of music from YouTube videos. Stauffer weighed 300 pounds on the scale and was experiencing regular headaches besides other health ailments. His doctor told Stauffer that he needed to start losing weight. He couldn’t jog because the extra weight hurt his joints. Stauffer, who works in the video game industry, decided to give some VR-based workout games a try.

“When I first started out I spent like 20 minutes in the headset,” Stauffer said. “Twenty then became 25 and 25 became 45 and 45 became an hour and sometimes an hour would become 90 minutes.”

He purchased one pound weighted gloves which made his workout sessions even harder.

“It’s fun. It’s fast-paced. And as long as you put in the time, it really, really works,” Stauffer said in a tweet.

Gaming is the new way to lose weight.